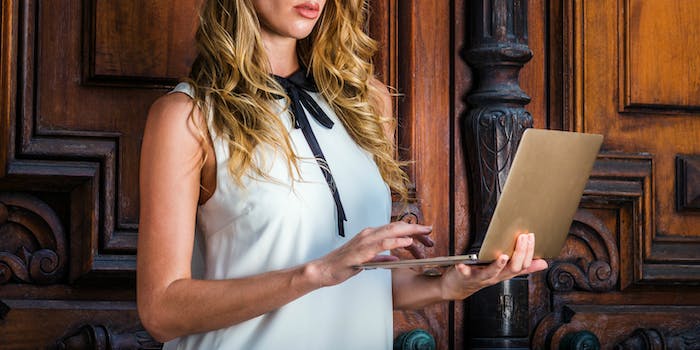 Female journalist gets turned away in the House for sleeveless dress

According to numerous reporters, a female journalist was denied entrance into part of the House chamber of the Capitol. The reason? Her shoulders were bare.

The Speaker’s lobby is where reporters gather to conduct brief interviews with members of Congress. CBS reported that the woman who was denied entrance was in a sleeveless dress and “ripped out pages from her notebook and stuffed them into her dress’s shoulder openings to create sleeves.” Even after this attempt to follow guidelines, she was still wasn’t let in and her outfit was deemed unacceptable.

The House’s dress code is open for interpretation, according to CBS. The only written rule states that women should wear “appropriate attire,” which is more vague than your standard high school dress code. House Speaker Paul Ryan, in the role of school principal, is in charge of enforcing the rules how he sees fit. For him, inappropriate attire for women includes open-toe shoes and shoulder-baring clothes.

Another female journalist, Haley Byrd with the Independent Journal Review, says she was also kicked out of the Speaker’s lobby in May over her sleeveless dress.

In June, Ryan reminded the House of the dress code and told them to wear “appropriate business attire,” which is much clearer than simply “appropriate attire.”

The House’s interest in women’s dress now has Twitter’s attention—and people have opinions about Ryan’s opinions.

This outdated female dress code policy is even more bizarre because it's enforced by the federal gov https://t.co/5E4BGRedTz

Paul Ryan should just stop shilly-shallying around and order all women to wear full burqas https://t.co/n7G163iGil

A sleeveless dress, the horror

It’s been reported that men are also required to wear sports coats in the House, so women aren’t the only ones having to suffer in the summer heat. It seems as far as Ryan’s concerned, skin is never in.