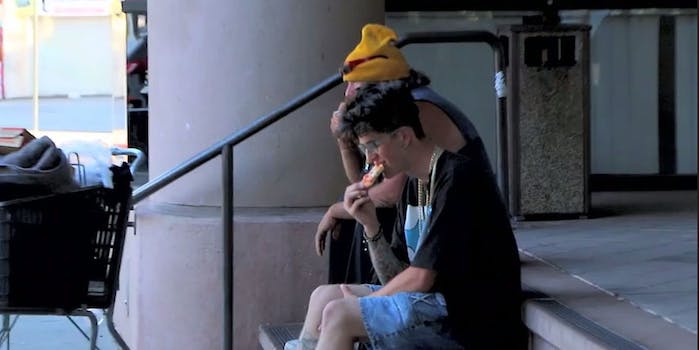 Help for a hungry man comes from an unexpected place

"Sometimes those who have less give more."

One man’s video shows how he found charity in perhaps the most unexpected of people.

YouTube user “Sam” walked up to various patrons of a pizza shop, explaining that he was hungry and would like a slice of their food. While many of the people appeared more than able to sacrifice part of their meal for Sam—or even buy him his own pie—they all refused.

Then, he tried asking a homeless man sitting alone on the outside steps. The man had just been gifted a full pizza by two of Sam’s friends.

It’s easy to imagine the homeless man knew exactly what it was like to have to resort to begging for food and thus related to Sam’s situation. So, instead of keeping the food all to himself, the man shared. Of course, a video like this could have been staged, but we’d like to think that it’s real.

As the video’s tagline says, “sometimes those who have less give more.”