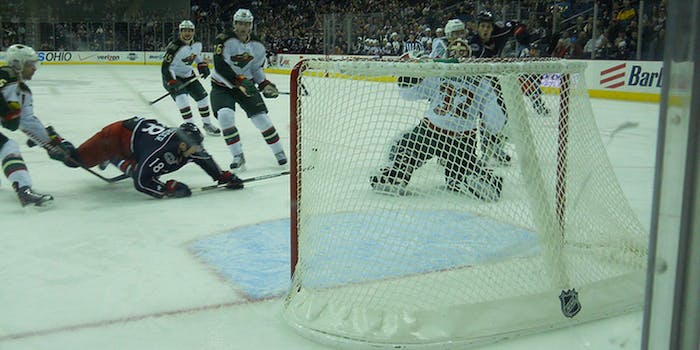 Jordyn Leopold, 11, knows how to write some pointed prose.

As the Columbus Blue Jackets‘ general manager Jarmo Kekäläinen pointed out in a tweet on Monday, hockey “isn’t only about business.”

Her desperate plea to get her dad traded was sent to the coaches of her home state team, the Minnesota Wild. The younger Leopold pulled quite a few verbal punches while trying to convince the higher-ups to get her dad sent back home. 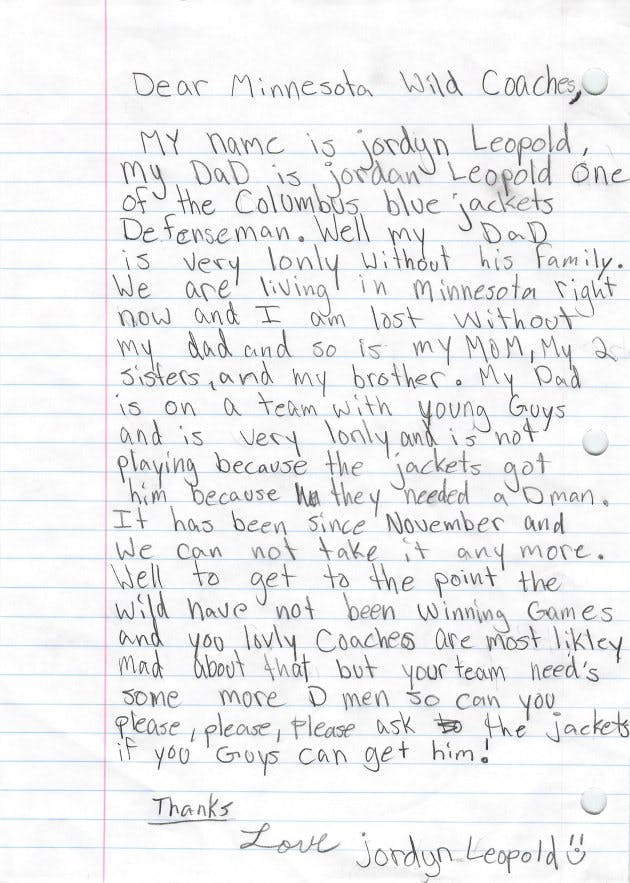 As of Monday, it looks like Jordyn’s pointed prose paid off. Her dad was traded to the Minnesota Wild, in exchange for defenseman Justin Falk and a fifth round draft pick.

Let Jordyn’s letter serve as an example to us all. No matter how big or small a request is, it never hurts to ask for a favor.