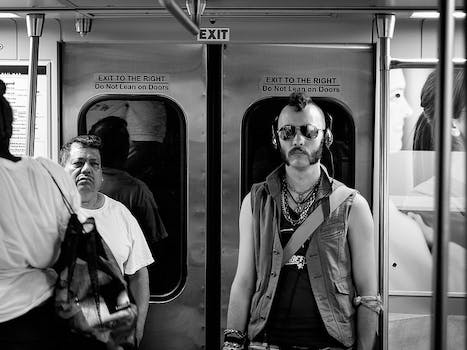 Math explains why even hipsters end up conforming

Even non-conformists end up conforming. Here's why.

What is a hipster?

It’s the rhetorical question of the ages. It’s a word that, by definition, isn’t supposed to have a definition. If you’re called a hipster, you’re already no longer a hipster.

And yet, we all know what a hipster looks like. There are Halloween costumes for them now. A hipster is typically clad in a checkered shirt and thick-rimmed glasses, talking about the latest Julia Holter LP while sipping Pabst Blue Ribbon from a can. If hipsters are beyond labels, why is it so easy to label them?

According to one researcher, it’s all a matter of math. And no, we’re not talk about Math the Band’s latest gig at a Providence, RI, establishment called Psychic Readings that is so obscure it doesn’t turn up in a Google search.

Jonathan Touboul, a mathematical neuroscientist at the Collège de France in Paris, has developed a mathematical equation to explain why most nonconformists end up conforming to the same style and lifestyle.

According to his research, hipster choices move more slowly than typical trends. By actively trying to avoid those quick-moving trends, hipsters often end up making the same choices as their compatriots. Touboul discovered that this is especially true when you live near other hipsters—a strong likelihood for any given hipster, based on how many of them are concentrated in urban areas like Brooklyn and San Francisco.

“When hipsters are too slow in detecting the trends,” Touboul wrote, “they will keep making the same choices and therefore remain correlated as time goes by, while their trend evolves in time as a periodic function.”

This would explain why hipster fashion has evolved so slowly over the years, similarly to other, more traditional fashion movements, as explained in this chart from Paste Magazine. Granted, this still doesn’t explain flower crown beards. Nothing can ever explain those.

Flower beard… It’s like a flower crown, but for your beard. #flowerbeard pic.twitter.com/sbnM4Bq70t

While studying the mathematical predictability of hipsters may seem pointless, Touboul said that his research on hipsters could extend to other practices. For example, it could help investment-banking experts defy market trends, or help social scientists better understand general trends among counterculture movements.

You can read the entire study here, perhaps while wearing your best vintage D.A.R.E. tee and standard Army-issue combat boots. And don’t forget that paper-lined can of PBR. Although, given that PBR was recently sold to a large Russian company, it might be too corporate to be ironic. Or would that make it ironically ironic?

It’s really too hard to keep track, unless you’re a mathematician.