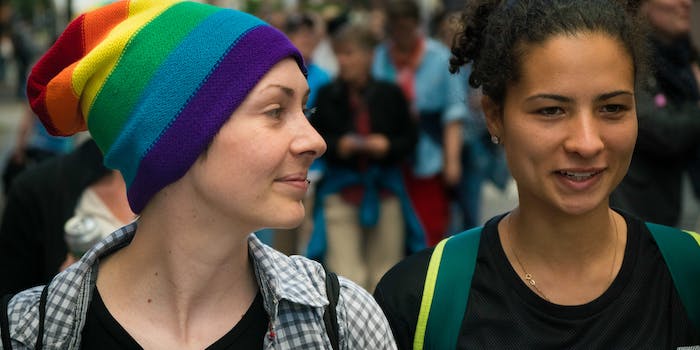 A study fears the department has 'targeted' lesbians and bisexual women.

Days after Department of Housing and Urban Development Secretary Ben Carson defended removing LGBTQ fair housing language from the department’s website, several reports suggest the Department of Health and Human Services has stripped information on queer women’s health from one of its websites.

The Office of Women’s Health’s official website reportedly removed a section on lesbian and bisexual women that explored the questions and concerns queer women face while seeking health care, according to a report by the Sunlight Foundation. The page, which was apparently taken down sometime between last September and October, also had contact information and further resources for visitors.

An HHS spokesperson told Politico that the “outdated” lesbian and bisexual health pages’ content was “integrated into the relevant health topics pages across the website.” But Sunlight concluded that wasn’t necessarily the case.

For instance, after the page’s removal, Sunlight claims the Office of Women’s Health did not provide any other easily accessible information on health issues that queer women should discuss with their healthcare providers. A PDF on bisexual and lesbian women’s health still remains in the website’s database, the report concludes, but there are no links that let visitors view its contents.

The foundation considers the changes “part of a broader pattern” by the HHS, including removals for pages on men’s health, healthy aging, breast cancer, and screening for domestic violence. But study lead Andrew Bergman believes that the report’s findings are unprecedented for the department.

“We’ve seen nothing this targeted at one HHS site,” study lead Andrew Bergman told Politico. “The removal of lesbian and bisexual health materials in particular, without advance notice and in a targeted way, raise concerns that they’ve targeted information for vulnerable populations.”