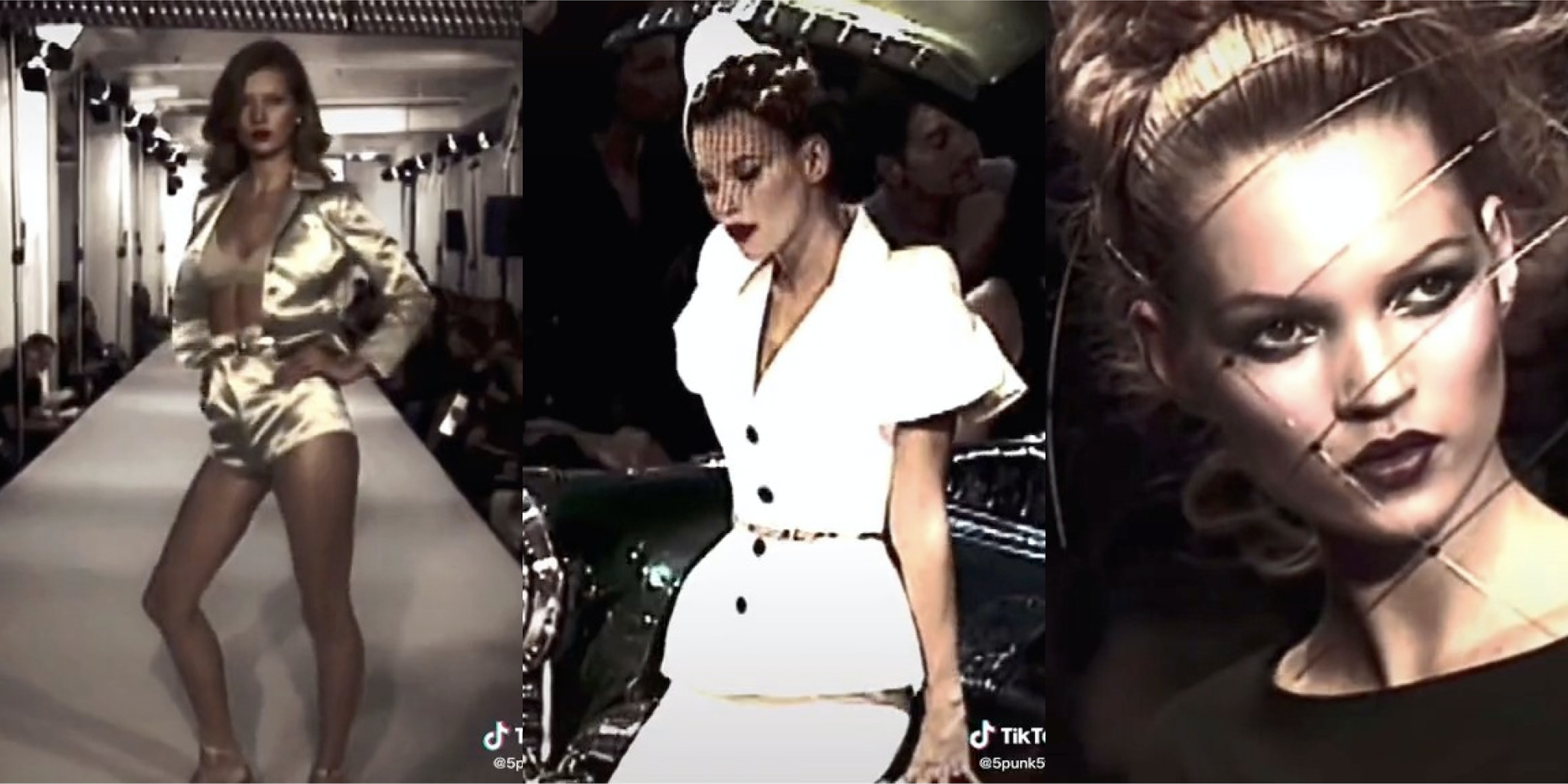 ‘Heroin chic’ has made its way to TikTok

'People are making her problems explained in the sound into an aesthetic.'

Kate Moss, a model who rose to supermodel status in the 90s, is known for many cultural touchstones that don’t quite live up to today’s standards. Being the face of “heroin chic,” an aesthetic that includes dark under eye circles and a malnourished silhouette and her mantra “nothing tastes as good as skinny feels” are two of the more prolific ones.

And though Moss has decried her publicized skinny-worshiping as being a thing of the past, its legacy lives on through a viral TikTok sound.

The sound, which was created by @5punk5tain, is a man’s voice describing Moss in the 90s. @5punk5tain’s original video is an edit of Moss modeling and walking down runways.

“She’s had plenty of drug problems and dated some questionable men,” the voice says. “She’s been blamed for promoting anorexia and heroin use.”

@5punk5tain’s sound has been used in almost 30,000 videos, many of which include depictions of drug use and/or self-harm. But commenters on user’s video of Moss applaud it for how “aesthetic” it is and how “relatable” the description of Moss is.

Few comments, though, draw attention to the issues inherent in idolizing Moss during a period in her life when she was considered anorexic based on her weight.

“People are making her problems explained in the sound into an aesthetic,” @leasux_lunaux commented in late August. “No one really talks about it.”

Unfortunately, Moss’s look from the 90s has made a comeback, according to a cringe-worthy and harmful headline from the New York Post earlier this month: “Bye-bye booty: Heroin chic is back.” The article’s main photo shows Moss, with a caption reading “Kate Moss made being ultra-thin chic in the ’90s.” The article reports that such a “look” is “back.

Anorexia isn’t a “look”—it’s a harmful, and incredibly disordered lifestyle. Moss has said she wasn’t “fed” when working as a model, meaning to look how she did, she wasn’t eating as much as she should have been to maintain a healthy weight. Plus, she has a past with using hard drugs.

Moss’s impact based on her struggles isn’t her fault, she fell prey to the same societal pressures that lead others to develop disordered eating and/or engage in drug use. But glorifying her infamous, past lifestyle on TikTok, an app used mostly by teens and young adults, is dangerous.