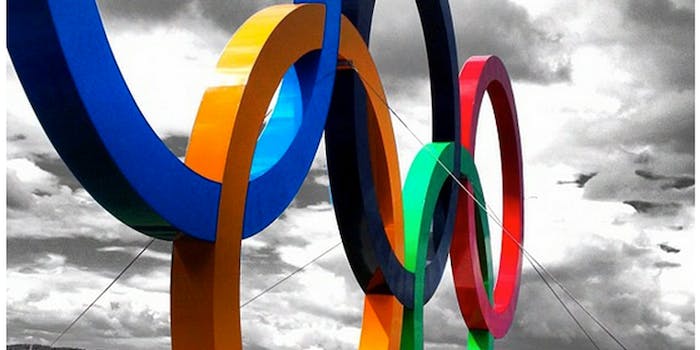 The Hater: Why this won’t be the “social media Olympics”

The International Olympic Committee's  “Social Media, Blogging and Internet Guidelines" is already sucking out all the fun out of the Summer Games.

This year the Summer Olympics are supposed to be different.

The games should be pinned, tweet-worthy, Facebookable, and other buzz words invented at Mashable summits. The International Olympic Committee (IOC) has even gone so far as to bill the upcoming games as the “social media Olympics.” ICWUDT, guys.

But by judging the strict IOC’s “Social Media, Blogging and Internet Guidelines,” it looks like the games are anything but. The IOC is channeling its inner-Russian gymnast coach and controlling every aspect of the athletes’ digital lives.

The four-page draconian explainer of what the IOC permits athletes to do is enervating to read. There’s a lot of ambiguous statements, odd italics on certain words, and your typical fun-quenching rules that one comes to expect from the IOC. It’s also amusing to see how the IOC bizarrely treats the words “social media” with constant quotes in the guidelines, like it’s a foreign concept that needs to be clearly explained to gun-toting Australian swimmers.

The IOC has created 14 rules that the athletes must follow. The rules range from the style the athletes must tweet in (“first-person, diary-type” which is totally Carrie Bradshaw of them) to explaining what websites they can “link” to (their quotations, not mine). Link! What a weird word.

The most amusing rule is the second, which describes “Postings, Blogs and Tweets.” The IOC encourages athletes to do all of that, but not to have any fun with it. No playful smack-talking, no videos, and no talking about the other athletes—especially the Chinese. (Who knows what they’re up to?)

After all, the IOC doesn’t get any sponsorship money for the athletes being themselves. They only profit when they’re being caricatures of themselves: wrapped in Adidas garb, choking down McDonald’s burgers, and trying to figure out how the hell their Samsung Galaxy Note works. (“It’s just so useless,” a nervous Natalie Coughlin mumbles as she tries to figure out why it has a stylus.)

That part of the rule concludes that all postings must “conform to the Olympic spirit” and must be dignified. So, no dick pictures, unless you slap a BP logo on it.

The other 13 rules are equally fear-inducing. Athletes can’t take a picture of the Olympic rings or talk about companies who aren’t sponsoring the games.

As ReadWriteWeb pointed out, the rules are appropriate, since athletes did enter into a very strict contract with the IOC. “Being an Olympian is a privilege, not a right,” a lawyer claimed in the article.

Ironically, as mentioned in that same article, the minute the IOC starts demanding people to take down so-called controversial tweets, postings, and images, the more people will want to find them.  All these rules will lead to a collapse of some sort. It’s just too soon to say of what. Hopefully it involves Ryan Seacrest’s perfectly sculpted hair, though.

With the countless hours of video being streamed from the London-based sports complexes, I’m sure the truncated rules won’t limit anyone’s enjoyment of the games. But fretting over everything an athlete does is unnecessary. An athlete who has trained for years is smart enough not to ruin it in 140 characters.

It’s just a shock the IOC didn’t recommend the optimal type of Instagram filter athletes should use.