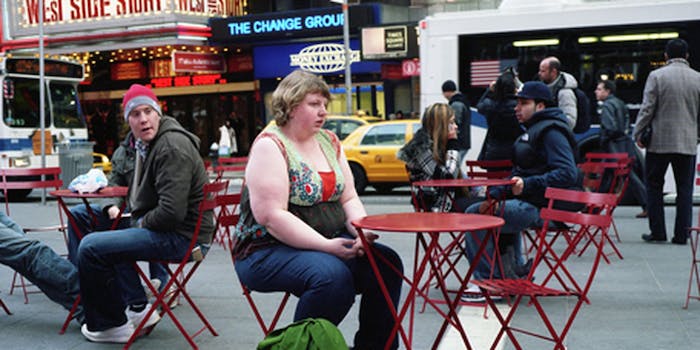 In a world of impossible beauty standards and increasingly robust pant sizes, Haley Morris-Cafiero takes a stand on body image.

There’s no denying that the average American waistline has expanded over the past few decades. According to a Gallup poll, in 2012, 36.1 percent of all American adults were classified as overweight and another 26.2 percent were obese—that’s over 62 percent of the adult population.

At the same time, contemporary female beauty standards demand a level of thinness achievable by only a very small (ha!) percentage of women, while the majority are reminded of their oversized inferiority via a practice known as “fat shaming.”

(Consider, for example, the celebrity gossip magazine industry’s collective conniption fit over news that reality TV star Kim Kardashian is not merely pregnant, but actually gaining weight from it. The horror!)

This is the environment in which Haley Morris-Cafiero lives. Morris-Cafiero is a professional and artistic photographer who also heads the photography department at the Memphis College of Art in Tennessee.

She recently made available online a collection of 19 self-portrait photographs she took in New York’s Times Square. Collectively named “Wait Watchers,” the photo essay’s main focus isn’t Morris-Cafiero so much as the way members of the public react to her.

As she said in her online artist’s statement:

“I have always been aware of people making faces, commenting and laughing at me about my size. I now reverse the gaze and record their reactions to me while I perform mundane tasks in public spaces.”

That said, it’s not always certain the people in her photos are reacting to Morris-Cafiero’s size. For example, maybe this policeman—who works in a very touristy area and presumably sees lots of tourists posing for photos—holds his hat over the head of anyone he sees posing for one. Silly, perhaps, but not necessarily a judgment on Morris-Cafiero’s weight. 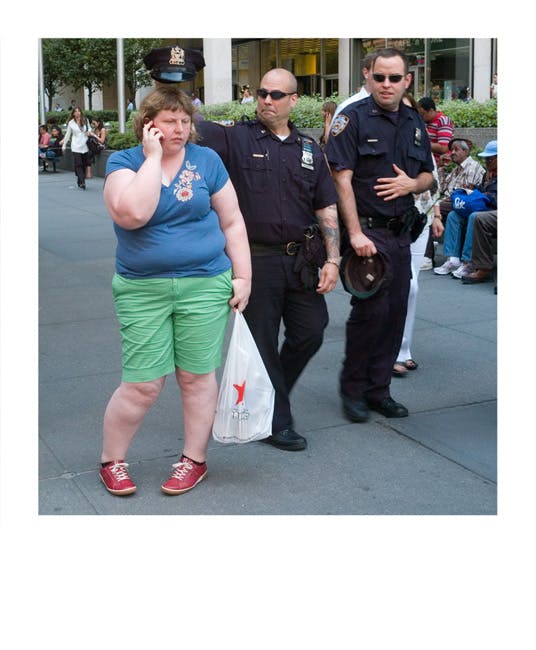 It’s possible the girl on the right is covering her mouth to hide a laugh at Morris-Cafiero—or maybe her glance just happened to fall upon Morris-Cafiero at the exact moment the camera snapped the shot. 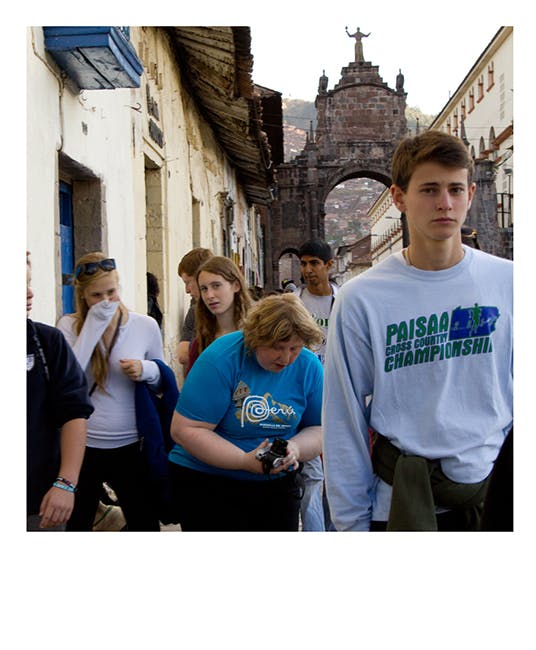 But it’s much, much harder to find a similar excuse for the young man in this photo, which inspired Morris-Cafiero to start her “Wait Watchers” project in the first place. She was photographing herself for a completely different photo essay and then, while studying the images, noticed a recurring theme in several of the photos:

“[In one photo] I noticed that a man was standing behind me being photographed by an attractive blonde woman. Rather than pose for her camera, he was sneering at me behind my back. Five minutes later and at another location, another man turns his back to gawk at me while I am photographing myself sitting at a café table.” 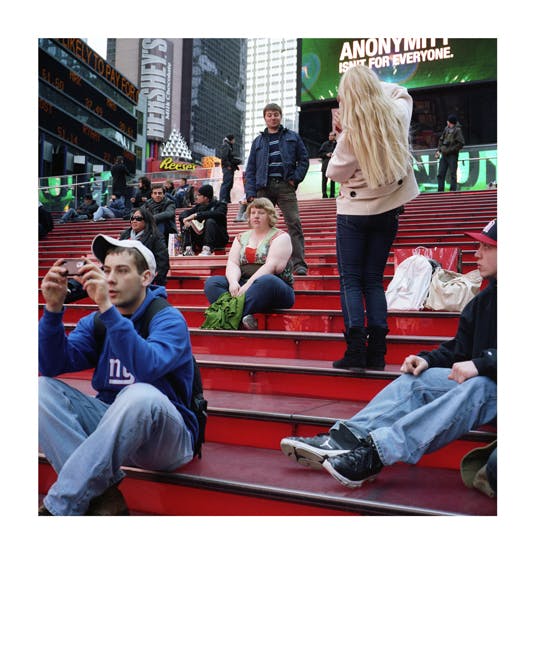 The photos in Morris-Cafiero’s Wait Watchers collection cannot be linked to individually, but all of them are available from the home page of HaleyMorrisCafiero.com.