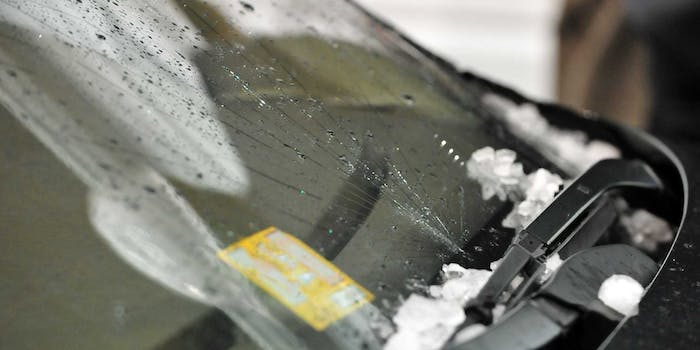 Softballs are too small a thing to compare to this hail.

Years of storm chasing does little to prepare you for the very real experience of having giant pieces of hail drop in front of you.

As a hail storm overtook north Texas Sunday, a couple of storm-chasers were right in the thick of it in Stephenville, when they encountered the giant hailstones as they fell right onto their windshield. Softball-sized hailstones are nothing compared to the giant stones that shattered glass in front of them, and they’re shocked and starting to get really scared.

All they can do, like everyone else caught in a hail storm, is wait it out.

Hey, nobody ever said chasing storms was safe.