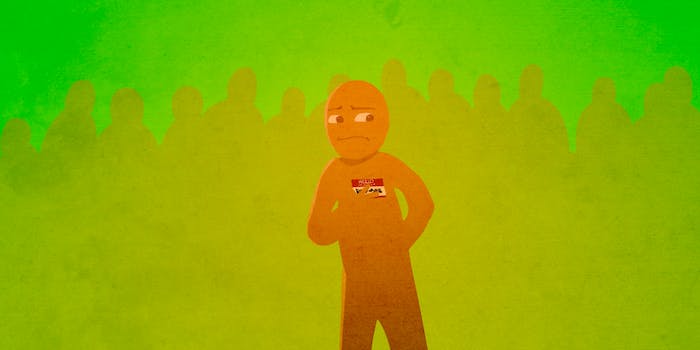 #GrowingUpWithMyName takes on the annoyance of having an uncommon name

When I was in third grade, a boy in my class figured out that “Jaya Saxena” sort of sounds like “Vagina Sexanal.” It was actually pretty clever for an 8-year-old, and I was lucky that the nickname never caught on. But it was just one of many instances of people thinking my Indian name was funny, or weird, or “exotic,” and commenting on it.

Many nonwhite people have this experience, especially if they have a name not commonly found in America or Western Europe. And while most of us will never have the experience of being one of 20 Matts in a classroom, #GrowingUpWithMyName shows all the other ways having an uncommon, “foreign” name can be a pain in the ass.

When they're doing something nice for you but still spell your name wrong & don't have the heart to correct them. #GrowingUpWithMyName

The hashtag has existed for a few months, but gained steam again today, with two distinct threads. In one, people of color talk about about how hard it is when white people don’t feel like learning how to pronounce your name, think it’s weird, or nickname it something stupid.

#GrowingUpWithMyName never finding my name on any of these pic.twitter.com/il6yeE6ObI

When someone that doesn't know me actually says my name right the first time #GrowingUpWithMyName pic.twitter.com/eQwIA9vE6F

However, lest we forget for a moment that white people have problems too, they got in on the action to show that, yes, sometimes people make jokes about people named Annie. The struggle is real.

people constantly thinking my name is short for 'bethany', no stop at the n #GrowingUpWithMyName

Africans looking at these white people complaining about their names in the #GrowingUpWithMyName tag pic.twitter.com/rBNrxjK80w

We’re not denying that being “Jon” and people spelling it “John” is annoying, but the difference in experience is that one is compounded by nonwhiteness. Of course, there are people of color named John and white people with “foreign” names. But when you are of color with a name that represents your heritage, even if you love it, even if you wouldn’t change it to “Jane” for all the personalized keychains in the world, your name becomes weaponized against you.

If we’ve learned anything from this thread, it’s that whether your name is Julia or Jumana, someone is going to mess it up. Is this our unifying moment? Is this when we finally learn that all names were “made up” at one point, it’s all arbitrary, and we try harder? Probably not. We’re all doomed to be the substitute teacher. Sorry, A-Aron.