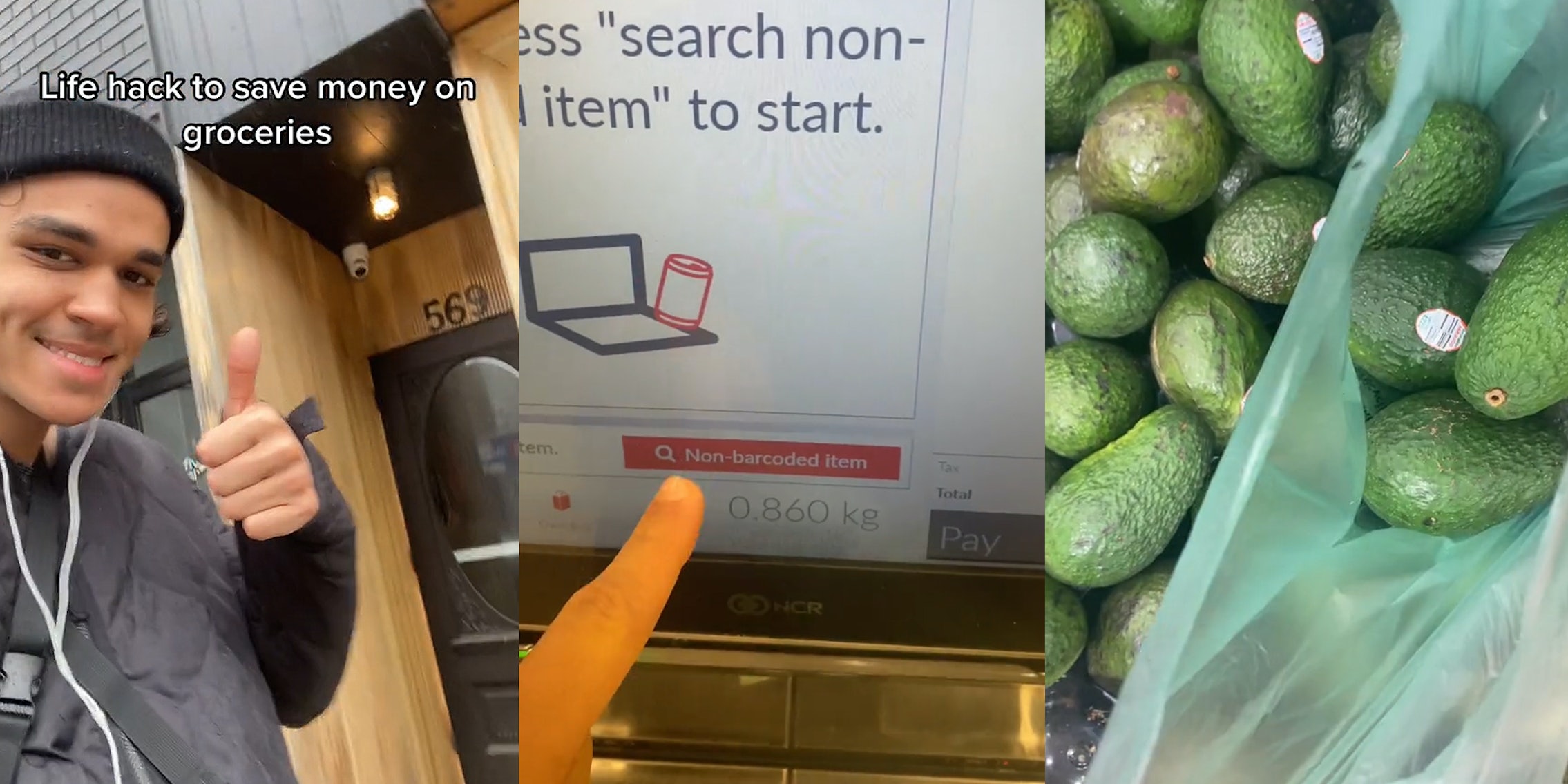 'I mean if we are given a self checkout, I didn’t go to cashier school.'

A TikToker recently shared a “life hack” for saving money on groceries: marking produce items as a cheaper item at self-checkout. Their tip has prompted other customers using similar methods to share their own hacks in the comments.

In the video, user Benja (@benjabenja___) picks up a bag of avocados and marks them as bananas at the self-checkout. The avocados were advertised within the grocery store as three for $5, but using the banana price by weight, they came out to $1.32.

@benjabenja___ Got some more bananas today ! #fyp #lifehacks ♬ Beat Goes On – The All Seeing I

Some viewers said they employ similar methods for discounts at grocery stores.

“I have to mute the self check out voice too otherwise she will yell ‘place your BANANAS in the bag’ and I get nervous,” another user said.

Other viewers were critical of Benja’s practice, which may amount to shoplifting based on the location of the grocery store.

“You are starting to learn why we don’t have those in south America,” one user shared.

“In Australia there’s cameras on the scale and it sets off an alarm if you press the wrong thing,” a second wrote.

“Yeah no my anxiety could never,” a further user said. “My dad got fined once for forgetting to scan toothpaste—he literally had three bags full of groceries and they went through each one.”

The Daily Dot has reached out to Benja via Instagram direct message for comment regarding the video, but did not receive a response ahead of publication time.