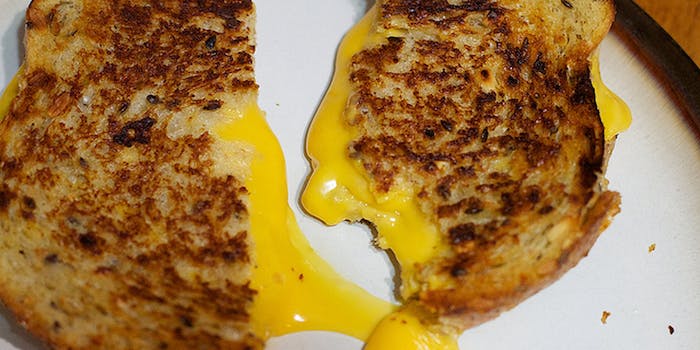 The public is #blessed with a whole new way to eat cheese.

Grilled cheese: it’s pretty much always good, and it pretty much can’t do you wrong. Especially satisfying late at night when carb cravings strike, it’s a quick, easy snack that even a vegetarian can eat.

The good people behind the UK-based grilled-cheese-delivery-service Cheese Posties know this to be true, which is why they’ve launched the “world’s first grilled cheese subscription.” It’s like Birchbox, but with brie. Or cheddar, or swiss, or Gruyere, or—you get the idea.

For £3.99, approximately $6 per package, Cheese Posties ships a compact package with cheese (duh), bread, condiments and some unexpected ingredients to your door. Each grilled cheese combination is a surprise, and incorporates allergy and flavor preference information given upon signing up. Once your package arrives, you assemble your soon-to-be-gooey snack, pop it in the provided toaster bag (no need to whip out the frying pan!), and wait for cheesy goodness.

“Cheese Posties for us is really an opportunity to push boundaries and do something out of the ordinary with a tremendously versatile food format,” co-founder Dave Rotheroe told Business Insider. He and partner-in-cheese Danny Jennings are the brains behind the operation, and they managed to launch their venture after Cheese Posties’ Kickstarter campaign was supported by 308 backers, raising £3,809 ($5,862) — going above and beyond the original goal of £2,000 ($3,077). 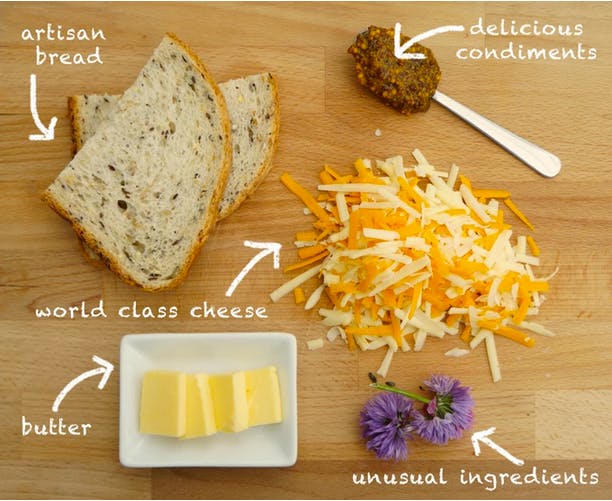 What you get inside a Cheese Posties package

“There are endless combinations of cheese, bread and fillings which are invariably delicious and the exciting thing about the Internet and data manipulation is you can take something which strikes an emotional chord with people, apply data, and keep making it better,” Rotheroe told Business Insider.

Even though grilled cheese needs neither bells nor whistles to sound appealing, their cheesy concoctions are innovative and enticing: “The Ploughmans” features cheddar, pickle, and apple sauce, while “The White Choc Bomb,” comprised of white chocolate, mozzarella​, and raspberry. 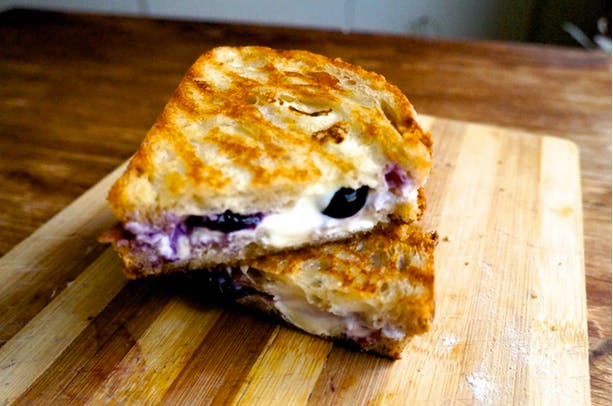 The service also features commemorative cards that are sent out in each box, chronicling the caloric journey on which Cheese Posties customers just embarked. Which, let’s face it: it’s good to remind oneself of the reason you’ve got a cheese hangover. Those things are real, folks. 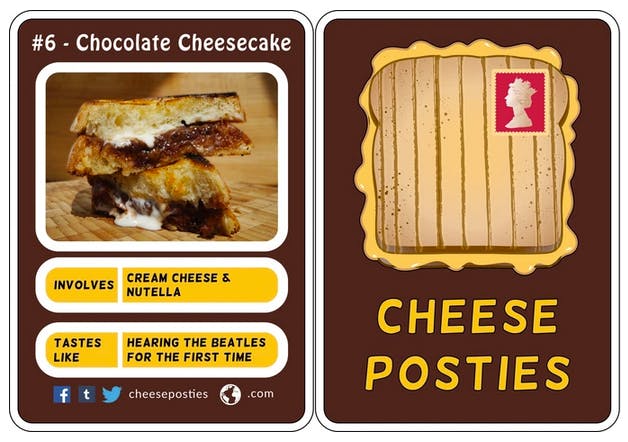 Currently, Cheese Posties are only available in the UK, but with requests from locations as far away as the U.S. and Dubai, the grilled cheese suppliers are planning for international expansion in the next several months. And when it does become available Stateside, don’t say I didn’t warn you about that cheese hangover thing. It’s very real, and it does not feel gouda. (I had to.)