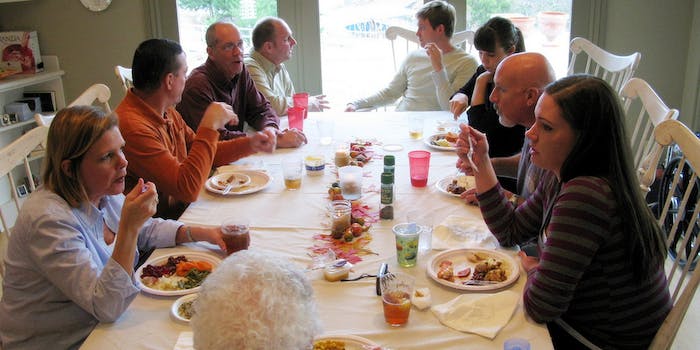 Here’s why Thanksgiving could actually be good for your health

While the calories we consume on Thanksgiving may not be so great for our waistlines, the thanks we give for all we have in life can actually improve our overall health.

According to science presented in this week’s Brain Craft video from PBS Digital Studios, giving thanks can improve your happiness and even your heart health.

All of the studies host Vanessa Hill cited are open access, but what we read in those studies is a bit different than Hill’s presentation of them. One study found that gratitude is a “moral” emotion, associated with the activation of parts of the brain that we know are related to how we perceive morality. Another found that people who journaled about things they were grateful for one week were happier immediately following the exercise than people who wrote about their strengths or three good things that happened to them that day. However, after three months, the people in the gratitude group were back to their baseline level of happiness, while the people in the other two groups continued to grow in happiness over the six-month time course of the experiment. The group Hill cited was the three-good-things group, not the gratitude group. (Though, to be fair, noting three good things that happened to you that day is pretty similar to listing things you’re grateful for.)

Maybe if they had kept the journaling up for more than a week they would have sustained their boost in happiness. The next study found that people who survived heart failure and were generally better at expressing and experiencing gratitude had healthier hearts and better sleep than those who were less inclined to say thank you. Hill said that the group was asked to keep a gratitude journal, but they were actually just asked to fill out a psychological questionnaire to assess how generally grateful they were.

Gratitude, Hill says, helps improve our social bonds. And according to one study, some people are more inclined to show that gratitude than others. Interesting, that inclination is linked to a gene that leads the body to secrete more oxytocin, the so-called “love hormone.” So expressing gratitude may help keep your relationship together. Given the other studies, these folks should probably be thankful for their thankfulness, so they can live happy immortal lives.