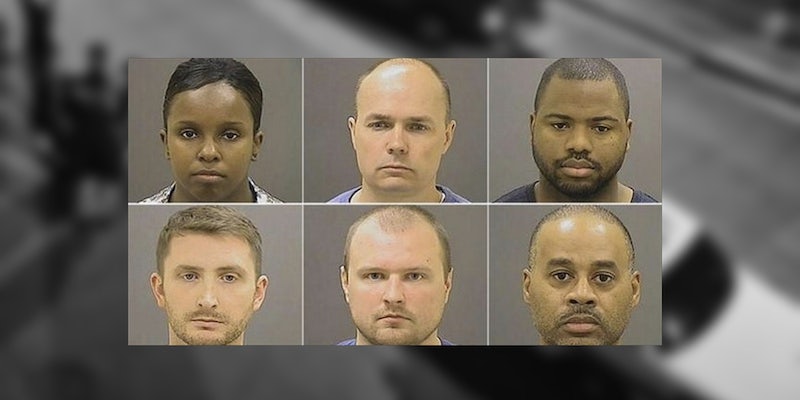 The charges include manslaughter and second-degree murder.

A Baltimore grand jury has indicted six police officers on charges related to the death of 25-year-old Freddie Gray, who died while in custody.

Baltimore State’s Attorney Marilyn J. Mosby announced the charges at a rushed press conference Thursday afternoon. The charges are similar to those filed by Mosby against the same six officers on May 1.

The grand jury charged Officer Caesar R. Goodson Jr., who drove the van at the time Gray is said to have suffered serious injury as a passenger, with second-degree “depraved-heart” murder, the most serious of all the charges. Goodson is also charged with involuntary manslaughter, second-degree assault, manslaughter by vehicle, gross negligence, criminal negligence, misconduct in office, and reckless endangerment.

Mosby did not elaborate on the charges.

Baltimore officers arrested Gray on April 12 after he ran from police after making eye contact with an officer, according to court records. He later suffered a spinal injury while riding in a police van and died at a hospital a week later.

Earlier this week, the Baltimore Sun uncovered new cellphone video footage of Gray while in police custody. The video, shot by a bystander, shows him limp and possibly injured, potentially contradicting Baltimore Police Department’s claim that he was “conscious and speaking” while in their custody.