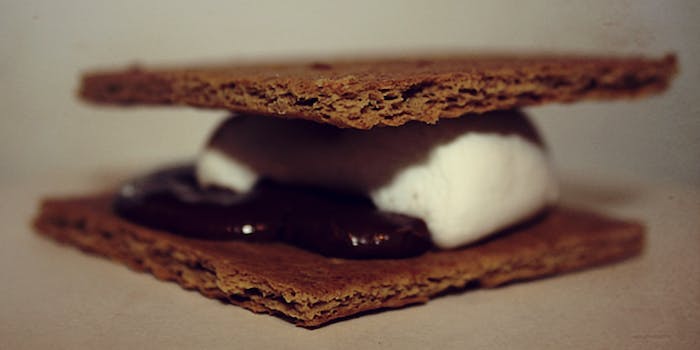 That S'more apparently looks way better than it smells.

So sayeth @StinkyCrackers, a Twitter user tweeting consumer complaints that the Honey Maid graham crackers you enjoyed during childhood now have a strong, “paint-like” odor. Though most reports say the stench appears to be originating from the wrapper and not the actual crackers, @StinkyCrackers is not happy about it:

There’s even a hashtag, if you’d like to contribute your own #stinkycrackers horror story.

Mondelez, the company that makes the Nabisco graham crackers, has issued its own statement about the consumer complaints:

We are aware of some consumer complaints regarding our Honey Maid Low Fat Graham Crackers, and our internal team is currently investigating the matter.
This product has been produced in our Monterrey, Mexico bakery for several years.  Across our North American biscuit manufacturing network, we have strict manufacturing and quality procedures in place.  I can assure you that all our products, regardless of the manufacturing location where they’re made, are held to the same high standards.

It remains to be seen if Mondelez’s statement will be enough to quiet down @StinkyCrackers. But is there anything Mondelez can do to appease this guy?

Some white people piss me the hell off.. #StinkyCrackers