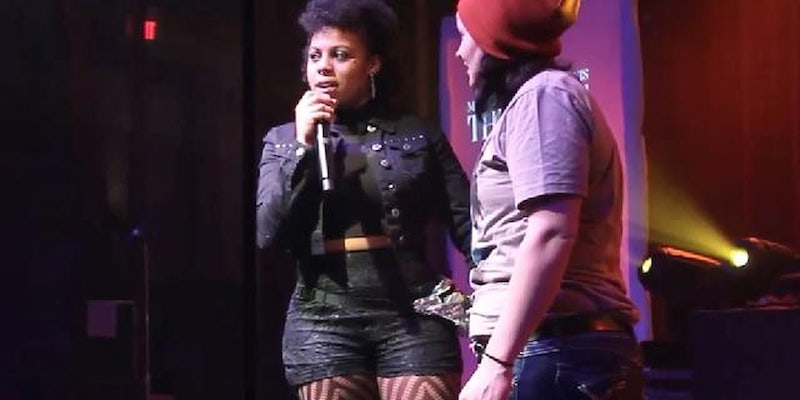 University expels student for being gay, bills her for scholarship money

A petition to support Danielle Powell has received 36,000 signatures and support from rapper Macklemore.

Just one semester short of her graduation from Grace University in Omaha, Neb., Danielle Powell was abruptly suspended in spring 2011. The reason her school provided: It was discovered she was in a same-sex relationship.

According to the university’s student handbook, that sort of behavior is not tolerated at Grace, a conservative Christian institution. Powell, at the time, was not even out to her family yet. In spring 2012, after attempting a “restoration” period with the school, in which spiritual counseling was encouraged, she was expelled from Grace, because she was still gay.

Powell was also on a scholarship, which the school stripped her of. Grace University is now requesting that Powell pay back $6,000 the scholarship would have helped cover for the final semester she never had a chance to complete. In the fall of 2012, when Powell was trying to transfer to another college, she was notified by Grace that if she wanted the credits, she would have to pay back that money. This compounded the reality that if she wanted to return to Grace and finish her degree, she would have to not be gay anymore. 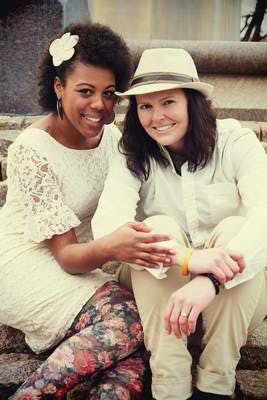 In December of last year, Powell proposed to her longtime girlfriend, Michelle Rogers, on stage at a Macklemore and Ryan Lewis concert in Omaha. They married that same month, in Iowa.

In April, Powell posted the video on YouTube, and since then it has racked up to nearly 400,000 views. They used that momentum to create a petition earlier this week, currently up on Change.org. It is addressed to the university’s executive vice president, Michael James, asking him to forgive the debt. It concludes:

“Please sign this petition and join us in demanding at least a shred of ‘grace’ from Grace University.”

That momentum was sustained when Macklemore tweeted about the story yesterday. It’s also gained traction with activist websites.

I cannot believe this is happening in 2013. #EQUALITY https://t.co/qPV9f7AxyS

James has not commented on the case’s particulars, but he told the Huffington Post that “[a]ny student involved in sexually immoral behavior, including premarital sex, adultery, and homosexual acts, is at minimum placed on University probation and may be subject to a Judiciary Hearing.”

Today, the university released a message from its president, Dr. David Barnes, commenting on the media attention around Powell’s dismissal, stating that the main issue is paying back federal loans and grants, not the scholarship.

He also adds that while the school does “demonstrate civility and compassion,” it also shares the Association for Biblical Higher Education’s belief that “the Bible is the authoritative word of God and that it defines all sexual unions outside of marriage. As a Christ-centered educational institution, we have incorporated this into our Code of Conduct for our entire 70-year history. We stand by the strength of our convictions.”