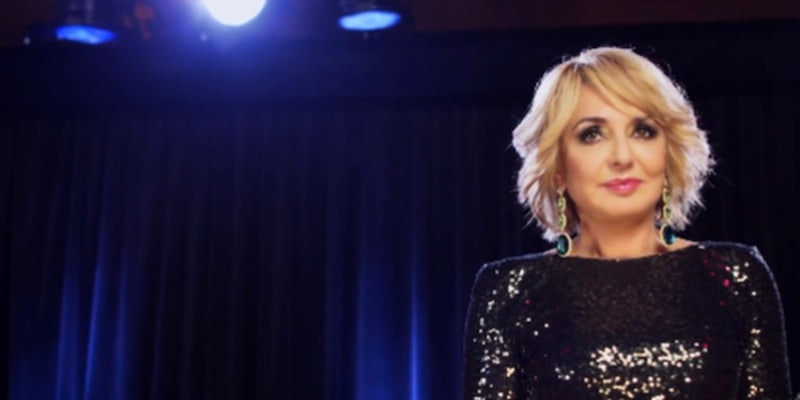 Googoosh used her popularity to open up discussion about gay rights in Iran.

Googoosh is one of Iran’s most popular singers, with a fanbase that spans nearly four decades. She recently took advantage of her elevated platform, and released a song in support of the LGBT community in Iran, a country historically intolerant of homosexuality.

The video for the song “Behesht” was posted to her Facebook page, which has 1.5 million followers, on Valentine’s Day, and it follows a lesbian couple, played by two Iranian actresses, as they are accosted on the subway and shunned by their families. The video has since been lauded by other pro-LGBT supporters, and denounced by conservative websites who think it promotes “hideous acts.” The video’s director, Navid Akhavan, claimed it’s been viewed thousands of times both online and on illegal satellite channels:

“We knew from the start that because of its topic the video is going to be very controversial among Iranians, that’s why we expected negative feedback too, but that hasn’t bothered me, nor Googoosh.”

Googoosh became popular in Iran in the ‘70s, known for her edgy take on Persian pop. But after the 1979 revolution, she was banned from performing. After two decades of silence, she re-emerged in 2000, when a documentary about her life was released. She’s one of few pop stars who enjoys popularity in two different generations, and one of the first major stars to take this stance and protest her country’s treatment of the LGBT community, which could help open up discussion.