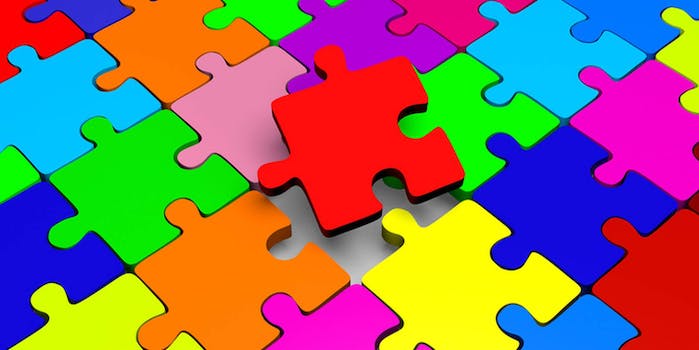 'Google supports equal rights for all.'

Past Google search surprises included hits like the “tilt” search (which made the entire screen tilt at an angle), the Festivus pole, and the Google image search for “Atari Breakout,” which turns the image-results page into a playable game. Now, there’s a secret new Easter egg for LGBT Pride Month.

Type the word Boston into Google and you’ll get your results on the usual plain screen. But type in the magic phrase “Boston Pride” and a rolling rainbow appears across the top.

The game continues with a hunt: only certain major cities bring up the LGBT pride flag when matched with the search term. For example, Chicago and Los Angeles searches made the flag appear, but Dallas and Portland did not. It’s likely that the sheer quantity of searches for pride festivals in some areas are what trigger the Easter egg.

Google told the Daily Dot that the special rainbow search result will appear throughout the month of June.

“Google supports equal rights for all,” Susan Cadrecha, a Google communications manager, said in an email. “In the run-up to major Pride events, as we’ve done in past years, we’re showing the rainbow flag colors under the search box when people search for these events or related terms.”