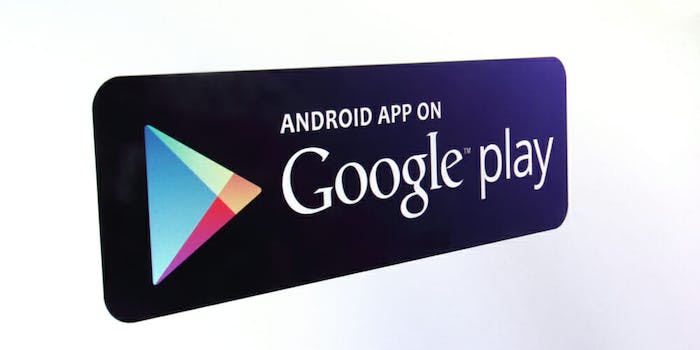 This comes months after other tech giants banned it from their app stores.

Mounting pressure finally broke through to Google this week, forcing the company to remove an alleged “conversion therapy” app from its Play Store.

The Living Hope Ministries app was removed from Apple, Microsoft, and Amazon’s app stores in December of 2018, when the LGBTQ organization Truth Wins Out made them aware of the app and its anti-gay contents. While there are no federal laws banning gay “conversion therapy,” 14 states have laws protecting minors from the dangerous practice.

For reasons unknown, Google kept the app available in the Play Store until now, prompting Truth Wins Out to start a petition on Change.org in January. According to the petition, the app compares homosexuality to addiction, and says that LGBTQ people are living “destructive lifestyles.” Over three months, the petition gained over 140,000 signatures, but that didn’t seem to be enough to get Google to remove the app.

The pressure came to a head yesterday when the Human Rights Campaign released its yearly Corporate Equality Index report, with a big notable change from 2018—Google’s score was suspended. According to Axios, in the footnotes of the report, the HRC said, “Pending remedial steps by the company to address this app that can cause harm to the LGBTQ community the CEI rating is suspended.”

Google quickly removed the app from the store following the publishing of the report. In a statement to the Daily Dot, HRC President Chad Griffin said, “We applaud Google for making the right decision to pull this app from their online store. So-called conversion therapy is a debunked practice that’s tantamount to child abuse and is proven to have dangerous consequences for its victims. Google and other platforms that have pulled this app are taking an important step to protect LGBTQ youth.”

A spokesperson for the HRC told the Daily Dot that Google’s CEI score of 100 was restored after they removed the app from the Play Store.