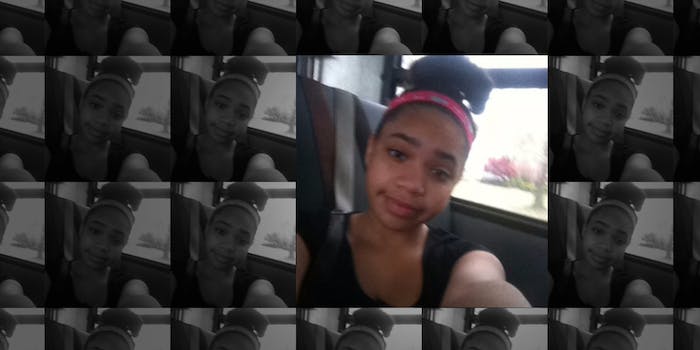 Bresha Meadows's mother says she saved the family from decades of abuse.

Bresha Meadows, 15, is being held in juvenile detention for fatally shooting her father while he slept. But her family claims Meadows acted to protect them from decades of abuse.

On Friday, an online campaign saw hundreds of tweets and posts with the #FreeBresha hashtag, as supporters shared petitions demanding that Meadows be released from the Trumbull County Juvenile Detention Center in Ohio.

She is a child, vilified for doing what little she could to survive #FreeBresha https://t.co/r2fGjRjCe8

According to a report titled Gender Injustice by the National Crittenton Foundation, 84 percent of girls in juvenile incarceration have experienced family violence. The attorney for Meadows, Ian Friedman, told Cleveland.com last week that ample evidence of the domestic violence exists—including hospital records, government agency reports, and statements by witnesses.

“No adult should ever experience a fraction of what this young girl dealt with on a daily basis,” Friedman told Cleveland.com. “In Bresha’s mind, she had no choice but to protect her mother and siblings.”

On August 30, a Trumbull County Family Court hearing will decide whether Meadows should be tried as an adult—becoming the youngest girl ever sent to an Ohio adult prison—or remain in juvenile detention until she turns 21. She is charged with aggravated murder.

A GoFundMe has also been set up for the family to help them “build a new life and relocate,” according to the family member who started the campaign. The page, which raised nearly $35k in its first week, is filled with comments from other survivors of domestic abuse. “I would like to testify on Bresha’s behalf. I too experienced my mother being abused when I was her age and finally beat the man senseless as an adult,” says one donator.

“For 10 years, I witnessed my mother’s husband brutally beat her and was there when he murdered her before my eyes. I only wish I had done what Bresha has done,” writes another.

The Daily Dot has reached out to the GoFundMe’s organizer, Maria Latessa, about Meadows and the campaign, but has not heard back as of this posting.

Updated, 12:30am CT, August 19 to include #FreeBresha campaign and petitions, and new quotes from Friedman.