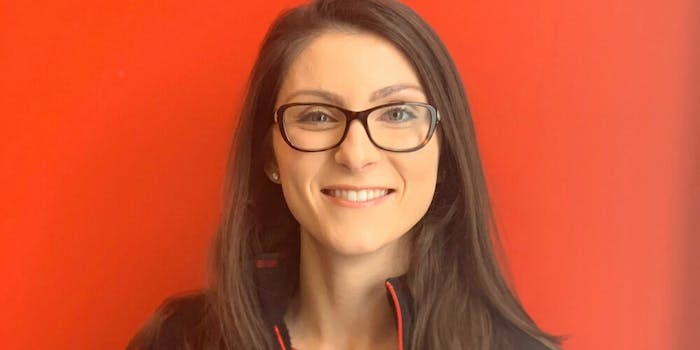 A man called the police on a Target employee over a toothbrush.

A GoFundMe set up for “Target Tori” has raised over $30,000, proving she is this week’s internet MVP.

A manager at Target, whose name is Tori, was recently publicly shamed on Twitter by a journalist over a toothbrush.

It all started when David Leavitt saw a display for an Oral-B Electric Toothbrush priced at one cent and tried to bully the store manager, Tori, into “honoring the price.” He called the police and published Tori’s picture, along with an elaborate rant, on Twitter.

People online roasted the “award-winning journalist” for his “petty” antics and rallied around Tori. Twitter user @CarpeDonktum even started a GoFundMe to send Tori on a vacation.

“It’s so often that people will take the picture and make a meme out of it in a mean way,” Tori stated in an NBC Boston interview. “So, it’s nice to see there’s publicity out of this to support me and my feelings.”

Tori also set up a Twitter account to thank her supporters and announce she will also be donating to a “worthy cause.”

“I would like to thank all of you for your generosity. It is inspiring to see so many people united for a good cause. If I have learned anything from this experience, it is that people are good and that these acts of kindness cannot stop with me. I am currently working with resources to find a cause that is worthy of your generosity and something that you ALL will be proud to donate to. Your support has changed my life,” she wrote in a Twitter statement.