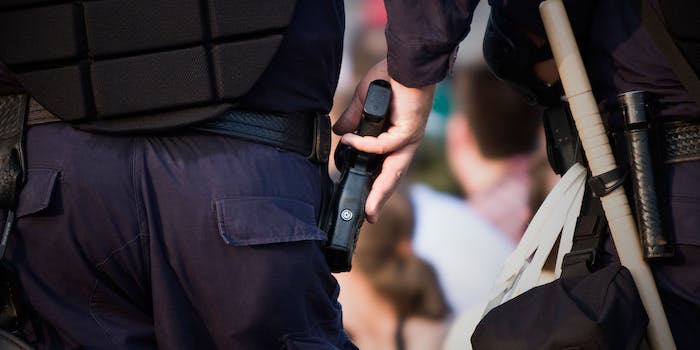 The economic costs of being a victim of a police shooting

Where society fails, crowdfunding steps in, but is it enough?

It’s almost a matter of ritual now. In the midst of the grief, shock, and outrage come the crowdfunding campaigns. After the shooting of Alton Sterling, actor and writer Issa Rae started a crowdfunding campaign for the Sterling family. As of this writing, the campaign has raised over $400,000.

Now, in the wake of the news about Philando Castile, whose girlfriend livestreamed his shooting by police in Falcon Heights, Minnesota, crowdfunding campaigns are cropping up. There is a campaign to raise money for his family and one to help with the costs of bringing Castile’s body home and legal fees. And there will be more.

“As millions of people are sharing news and receiving updates in realtime on Facebook and Twitter, they also turn to GoFundMe campaigns to express their support or donate to an individual or a family during a time of need,” GoFundMe spokesperson Bobby Whithorne told the Daily Dot.

And for the families of victims, crowdfunding is often the only way they will ever be somewhat financially compensated for a loss that is already emotionally crippling, not to mention bank-breaking—with funerals, hospital bills, therapy, childcare, and loss of income over a lifetime, to name a few of the endless expenses that families must face.

While the cost of resolving police misconduct themselves has been estimated—$1.02 billion between 2010 and 2015 in the 10 cities with the largest police departments, according to the Wall Street Journal, and mostly carried by tax payers and police departments—the individual costs for victims and their families is a lot harder to quantify.

The Daily Dot contacted the attorney general’s offices in Louisiana and in Minnesota, where the Alton Sterling and Philandro Castile shootings occurred, respectively, but neither office could provide specific numbers.

One of the few studies on the matter was published in 1996. It estimated that costs accrued and needed for a murder victim and their family can amount to $4.4 million. While those numbers do take into consideration loss of productivity and the cost of therapy, those numbers are 20 years old and not specific to police shootings, where mental health costs may be higher because of the stigma, racism, and lack of justice in each case.

In the case of Eric Garner, New York City settled with the family for $5.9 million for costs related to his death.

However, settlements are often drawn-out processes and rather uncommon, and there is very little institutional support for families financially hindered by police shootings. The National Center for Victims of Crime (NCVC) offers victim compensation between the amounts of $1,000–$10,000, but that is only a small portion of the costs associated with a violent crime.

Even crowdfunding has its controversies. Back in 2015, Garner’s family claimed they didn’t receive all the donations from the various campaigns people had started in his name. And while Michael Brown’s family also had received crowdfunding money, so did the officer who killed him—to the tune of nearly a quarter-million dollars. Same with George Zimmerman, who shot 17-year-old Trayvon Martin.

But until we can find another way, crowdfunding may still be victims’ families best bet, or at least the most accessible source of money in a very dark situation. Author Rebekah Witherspoon, summed up the problem succinctly when she wrote on Twitter:

We’re gonna have a generation of black kids raised by GoFundMes cause cops won’t stop killing their parents.