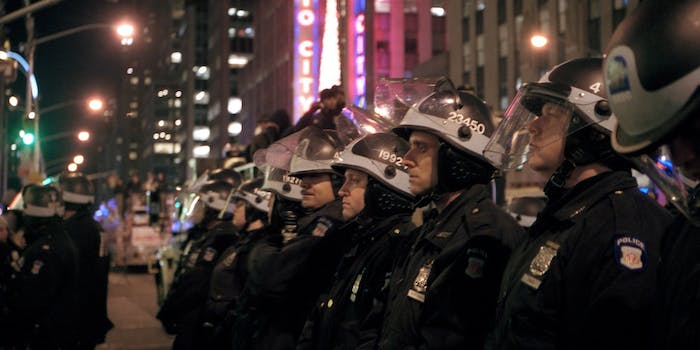 GoFundMe: No campaigns for the cop who killed Walter Scott

Crowdfunding websites are once again a battlefield in the national debate over police brutality.

The popular crowdfunding site GoFundMe has closed a campaign for Officer Michael Slager of the North Charleston, S.C., police force, who was caught on video killing Walter Scott, an unarmed black man, by shooting him eight times in the back.

The campaign had not received many donations, but its first donor, who gave $10, made clear the overriding attitude of Slager’s supporters.

First donation to a crowdfunding campaign for the cop who killed Walter Scott. http://t.co/R6uqrg2Wts pic.twitter.com/kF1wkkAwwG

“After a review by our team,” GoFundMe spokeswoman Kelsea Little said in a statement, “the campaign set up for Officer Slager was removed from GoFundMe due to a violation of our Terms & Conditions.”

Talking Point Memo notes that GoFundMe does not allow campaigns “in defense of formal charges of heinous crimes, including violent, hateful, or sexual acts.” The emphasis on “formal charges” likely explains why GoFundMe did not remove campaigns supporting Officer Darren Wilson, whom a grand jury declined to indict for the August 2014 killing of Michael Brown in Ferguson, Mo.

A Twitter account dedicated to Slager’s defense announced early Wednesday morning that the campaign had moved to Indiegogo.

“Although he may have made mis-steps [sic] in judgement he was protecting the community,” the Indiegogo project says.

The Facebook page linked to the campaign sports typical pro-police rhetoric, including a “Blue Lives Matter” graphic that is based on the anti-police-brutality protest chant “Black Lives Matter.”

“Indiegogo allows anyone, anywhere to fund ideas that matter to them and just like other open platforms—such as Facebook, YouTube and Twitter—we don’t judge the content of campaigns as long as they are in compliance with our Terms of Use,” an Indiegogo spokesperson told the Daily Dot in an email.

Indiegogo’s terms of service do not appear to explicitly prohibit campaigns in support of people charged with committing crimes. The spokesperson did not clarify whether the Slager campaign complied with the company’s terms.

At press time, the Indiegogo campaign was still active and had raised almost $400 of its $5,000 goal. Twenty people have so far backed the project.