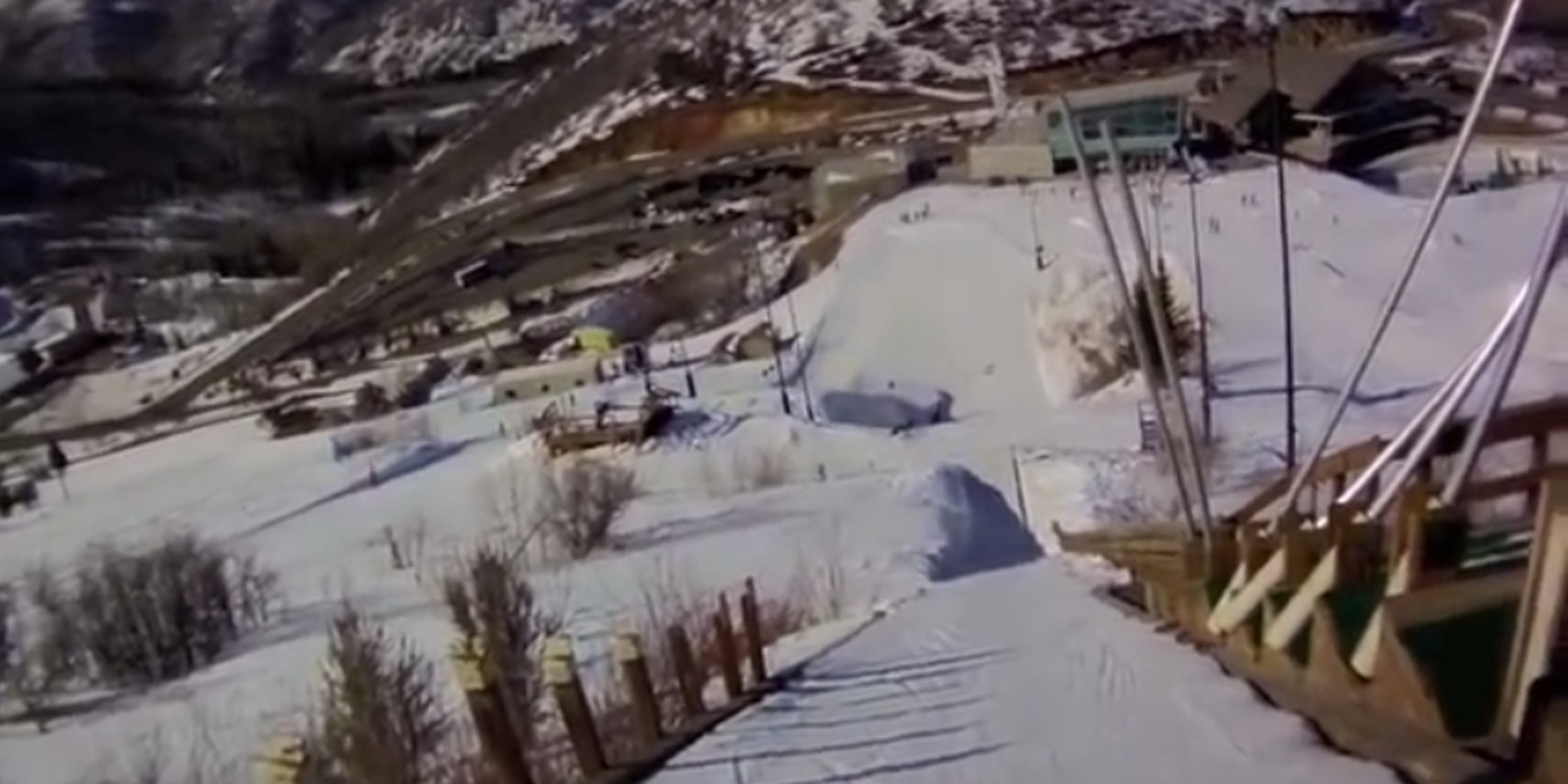 By the time the Winter Olympics ended in Sochi Sunday, many of us were happy that it was over.  But some young atheletes were inpired to become the next generation of Olympians—or at least to get on the skis.

The ski jump is finally an Olympic sport for women, and whether you just want a new hobby or want to become the next Sarah Hendrickson, you won’t be going anywhere until you make that first jump.

This video from 2012 that’s making the rounds again captures that feeling perfectly. The first-time skier, a fourth grader, is absolutely terrified about making the plunge. It’s pretty high up, and anything can happen. Slipping before she’s ready to go doesn’t help, but she’s still determined to go down.