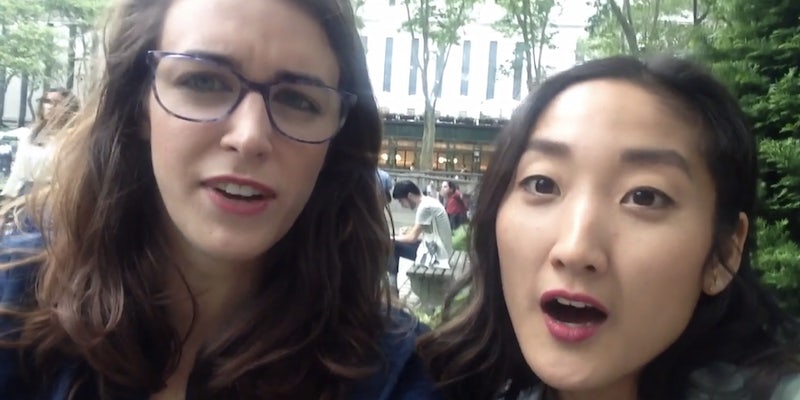 Watch these ladies demonstrate how men react to street harassment

Spoiler alert: They don't hate it!

Remember that infamous cat-calling video? Comedy duo Ginny Leise and Soojeong Son has turned the cat-calling game inside out with their video, “The Shame Game: Drive-by Street Harassment.”

The video shows Son aggressively approaching men in Bryant Park and whispering some very dirty things before blithely skipping away.

Son and Leise regularly make videos about unusual or  uncomfortable social situations to promote their live show, The Shame Game. This video was inspired by their real-life experiences with street harassment.

“Ginny and I were in Greenpoint walking around have a grand ol’ time when a dude whispered to my face, ‘Uhhh so sexy’ and scurried away,” Son told the Daily Dot via email. “I turned around to react, and obviously I couldn’t because he was already 50 feet away from me.”

When Son told her male friends about the experience, they claimed to have had no idea that street harassment existed. “Some were incredulous, which made my vagina explode in anger,” she said.

So Son and Leise decided to channel their rage into a social experiment. What if men were exposed to the phenomenon first-hand? How would they handle the unsolicited attention? 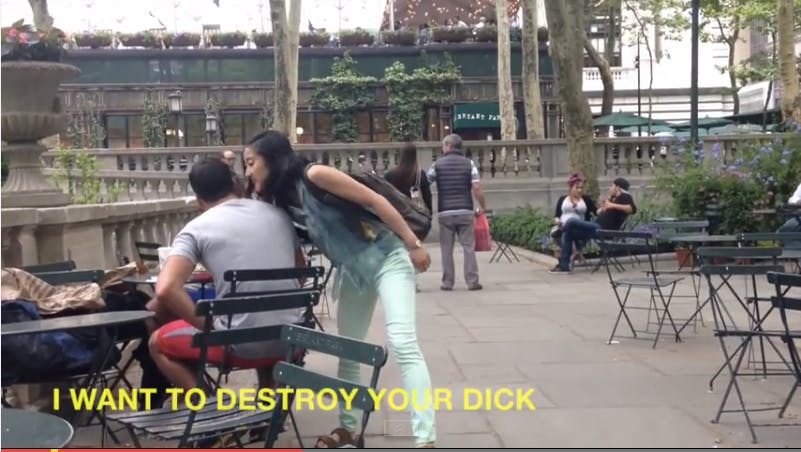 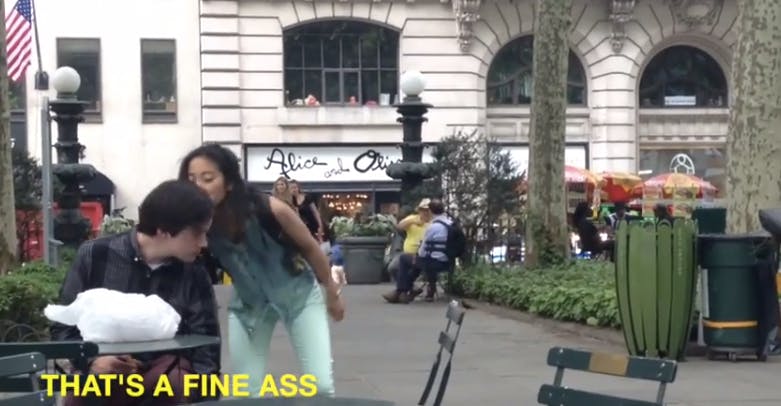 Surprisingly, the men didn’t seem too appalled by Son’s lewd come-ons. While most of them just seem confused, some of them appeared to genuinely enjoy the harassment. 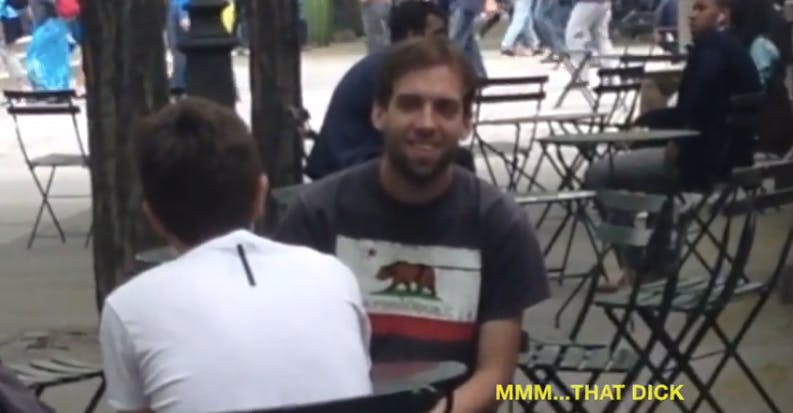 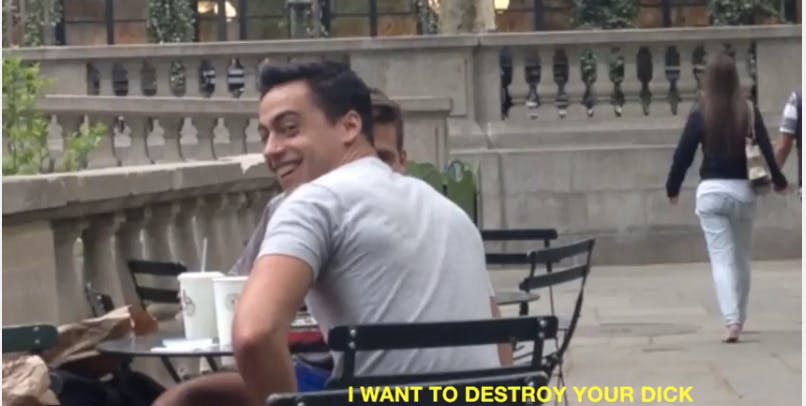 Except, maybe, for this uptight table: 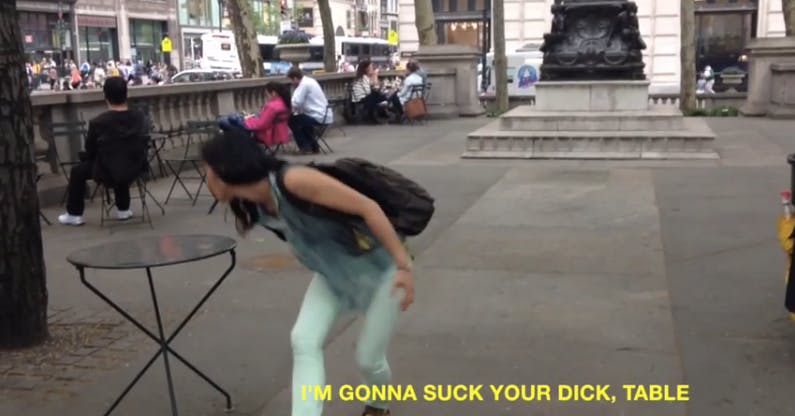 “Over the course of our clandestine iPhone shoot, we organically uncovered that men loved [street harassment],” Son told the Daily Dot. “Which was hilarious because it was so sad. In retrospect, it’s like ‘Um, obviously, men loved it,’ but we didn’t know it would so strongly skew that direction.”

By the end of the video, Leise and Son drew the following conclusion: “The lesson here is that no one learned anything.” Good to know!