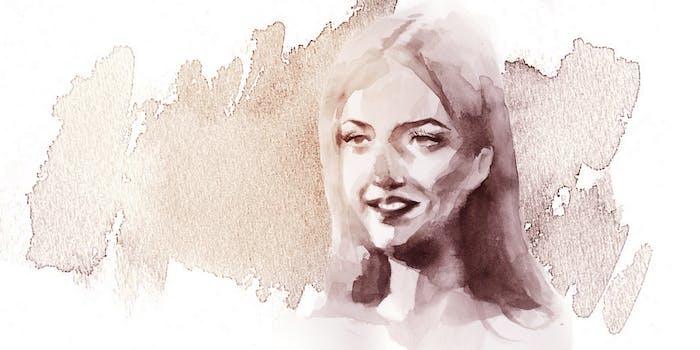 Why Gigi Gorgeous is a transgender icon for the YouTube generation

The makeup artist has detailed her transition and life in beautiful detail.

Gigi Gorgeous lives up to her name. On camera, she sparkles. Her most recent videos feel like glossy ad campaigns selling the Gigi brand, as she skips along sunny beaches in barely there bikinis and shows off her considerable makeup skills. In person, she’s just as striking. Her smile is infectious, her body enviable. It’s been a considerable journey to get this far.

Gorgeous is the stage name of Gigi Lazzarato, who was born Gregory in 1992. Eight years ago a male-identified Lazzarato turned on a camera to create makeup tutorials while still in high school.

“It wasn’t really a thing back then,” Lazzarato recalled. “There was no money to be made. I started doing makeup tutorials out of pure boredom.”

Boys sporting makeup is now a growing trend, with influencers like Manny Mua breeding loyal followings, but in 2008, Lazzarato was a trailblazer. Attention grew, brand deals poured in (Lazzarato can’t remember the first but says it was definitely a Canadian makeup brand), and Lazzarato found recognition even outside the Web.

“I was working at a clothing store at the time and somebody came in and recognized me from YouTube,” Lazzarato laughed. “Like, ‘Are you kidding me, a real person?’ I was already making a good amount of money on [YouTube], almost as much as I was at the clothing store.”

“Everything I do has been pretty much public for the past six years.”

It was then Lazzarato realized YouTube could be a career, but it would take something more than mere makeup lessons.

“I was always destined to become a lifestyle channel,” Lazzarato said. “I feel like I have a personality and a voice. When my support group started building a little bit more and people started asking questions, that’s when I started straying away from just beauty videos.”

While she had called herself Gigi online for some time, she officially changed her name in 2014, and she’s not shy about the plastic surgery— breast augmentation, rhinoplasty, and a brow shave and lift—she’s had to alter her outer self. When she talks about her surgeries, it’s with conviction.

Laverne Cox and Caitlyn Jenner might make mainstream news as transgender celebrities, but for the YouTube crowd, Lazzarato is the most visible star for her generation.

She has “no fucks to give” about her choice to make outward alterations, and she shares as much candidly with her viewers. When looking at early Lazzarato videos next to current ones, you can see a drastic change in her appearance, but across years of her channel, the shift is subtle: Her hair gets longer, T-shirts give way to dresses and jewelry. Even her videos’ thumbnails change, showing her in makeup to start instead of barefaced, emphasizing her femininity. Along the way, her fans stayed connected.

Since then, her support system has boomed to 2.2 million subscribers, and her profile has increased in the mainstream. Laverne Cox and Caitlyn Jenner might make mainstream news as transgender celebrities, but for the YouTube crowd, Lazzarato is the most visible star for her generation. In 2015, Lazzarato became the face of Crest Canada, its first transgender spokesperson.

“It was so special for me to have friends and family texting me pictures of the ads in local drugstores,” she remembered. “It felt like I left my mark on Canada and moved to L.A.”

2015 was a landmark year for trans visibility and rights, and Lazzarato was front and center for it all. In June, she partnered with Miley Cyrus, joining her Happy Hippie Foundation as part of a Marie Claire spread, and later appeared on stage with her and several transgender and LGBT individuals at the MTV Video Music Awards. She also starred in a commercial called “Better Than Sex” for Too Faced Cosmetics; palled around with the youngest Kardashian star, Kylie Jenner; won a Streamy Award for Beauty series, and co-starred in an Adam Lambert music video.

Now, Lazzarato is telling her story in greater detail than ever before. A camera crew trailed her recently, collecting footage for a documentary that will debut on YouTube Red later this year.

“One thing I noticed when I went through my transition is my audience got a lot closer to me.”

She’s turned over the reins of her story to two-time Academy Award winner Barbara Kopple; Lazzarato was adamant her director be female. She’s used to being in the editing booth herself, in control of her narrative on YouTube, but filmmaking is a different beast.

“I collaborate with them, but there’s a director and it’s her vision and her take on my life, and that’s important,” she said, noting that nothing was off limits. “I thought, ‘If we’re going to do it, let’s just do it full force.’ It was a lengthy, intense, and vulnerable process.”

Lazzarato occupies a unique place in the world of YouTube stars: She’s one of the most prominent women on the platform who experienced the web as the opposite gender. When asked if it gets tiresome to talk about her transition, especially with journalists, Lazzarato brushes it off.

“I don’t really think about it,” she says with confidence. “Everything I do has been pretty much public for the past six years. Whatever they want to ask me, they can ask me.”

Lazzarato will continue her life as an open book, one vlog at a time.