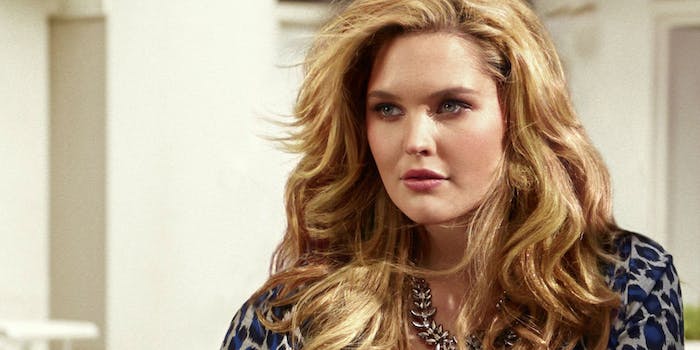 The new face of Torrid leads battle against plus-size stereotypes

Because shouldn't we all just wear what we love?

In fashion, plus sizes come with rules that have long emphasized hiding your size over highlighting your beauty. Despite the average woman being closer to a size 14 than a size 2, clothing brands still seem to struggle with providing options that don’t insult customers. It’s rare when designers show a diverse group of women on the runway, instead of that being the norm. A growing “fatshion” blogging community has tried to change the conversation surrounding being plus size, and while petitions sometimes surface asking for better representation of plus-size women in media. But, sadly, body shaming and the traditional size-0 standard of beauty remain as prevalent as ever in the industry.

Aussie model Georgina Burke is hoping to change that as the first face of Torrid, a retailer that creates fashions in sizes 12 to 28. Torrid signed Burke to a one-year contract in February to represent the company online and off. She’s also Torrid’s 2014 Swimsuit Collection cover girl. 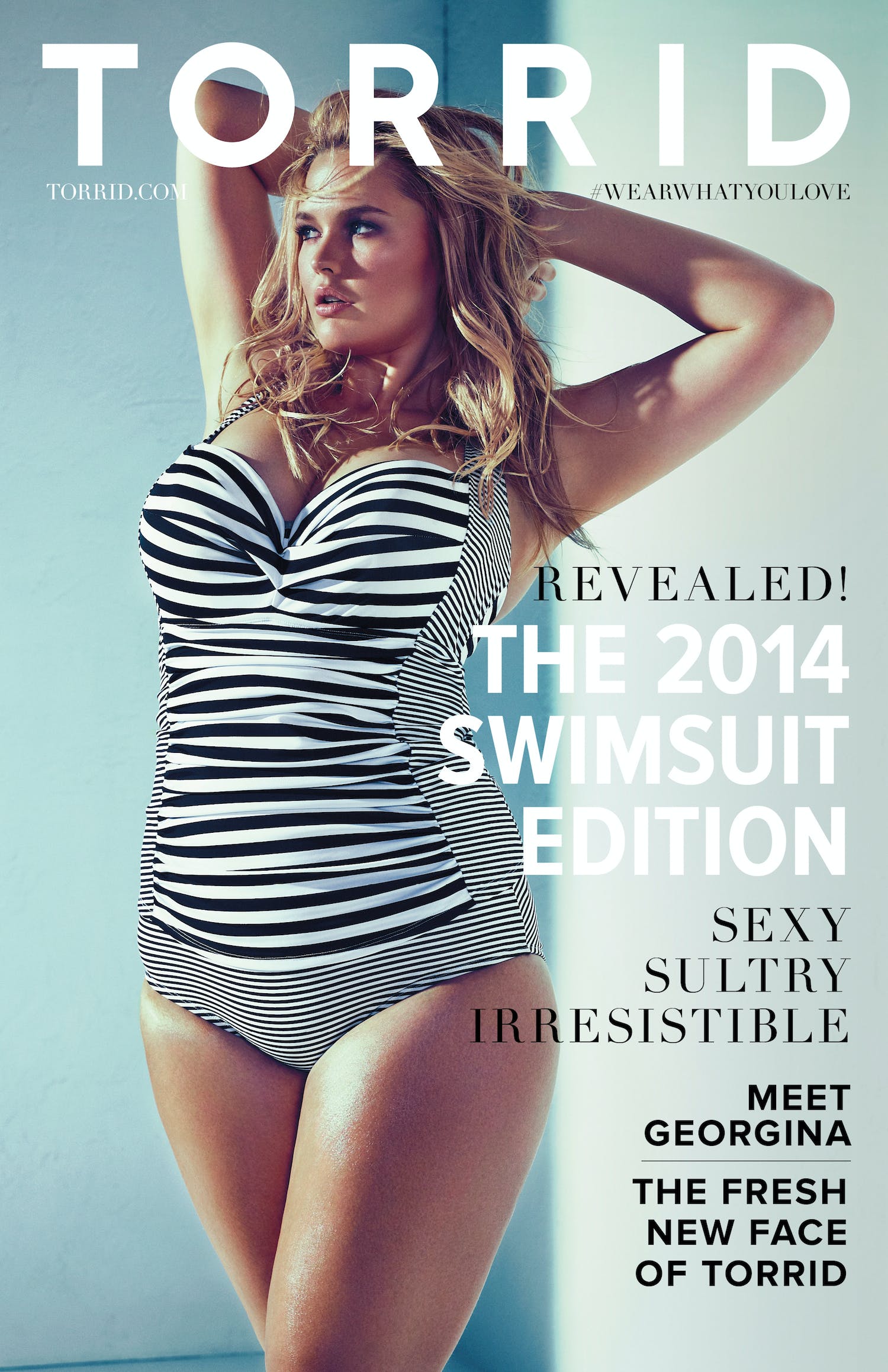 The ad campaign feels like a call to arms for plus-size women to stand up and demand to be recognized, not just by more mainstream brands, but the fashion industry as a whole.

Burke told the Daily Dot she’s excited about being the face of Torrid and is looking forward to getting into stores to meet customers. The 23-year-old’s journey to becoming a plus size model started with having trouble fitting in as a kid. Burke turned to equestrian competition to build up her confidence and found friends in the sport who happened to be modeling in the fashion industry. Familiar with what her friends went through, Burke wasn’t surprised when she was asked whether she wanted to be plus size or lose weight for a straight size when approached to model herself. Burke decided she wanted to stay the way she was.

“I always knew my measurements were above average and above straight size and whatever was needed to conform to that,” she explained.

Plus size models—just like plus size customers—have to deal with all the associated labels slapped on them by the fashion industry. Burke would love to see a world where such things don’t exist.

“I don’t want to see it as a difference, but of course it is, being labeled as plus size. It is what it is until all that changes in front of other brands that are just straight size,” Burke said.

Torrid shares Burke’s desire to get rid of these labels.

“As we looked at the photos of super sexy Georgina in our new swim collection, we couldn’t help but wonder how she’s not on the cover of the swimsuit edition of a national magazine—just because she’s a size 14/16,” said Liz Muñoz, senior vice president of product development at Torrid in the initial announcement. “[Sixty-eight] percent of American women wear a size 12 and up, yet are still labeled ‘plus size.’ We say—forget the labels. We know real beauty when we see it. And this is it.”

From the magazine and online catalogue, it’s clear the campaign is trying to throw old rules for plus-size women out the window. Burke is wearing a few different patterns and styles that plus-size women are told to stay away from in the collection, including horizontal stripes (which she is wearing right on the swimsuit catalog’s cover) and polka dots. Burke said rules like these are just nonsense. 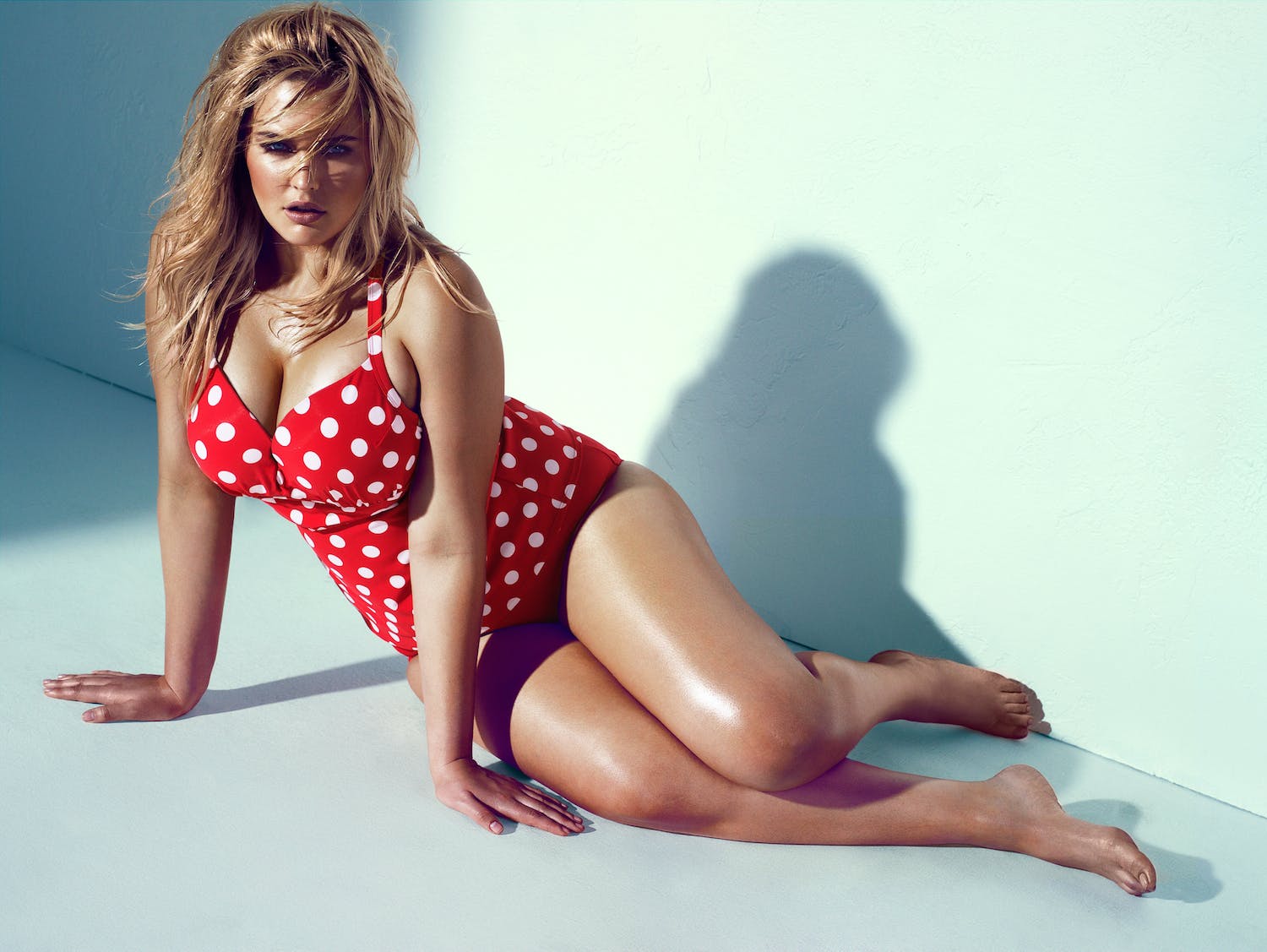 “I don’t think there should be any rules at all. If it’s what you like wearing, just go for it…There should be no rules just because you’re plus size…” she said.

The response to Burke’s appointment as the first face of Torrid has been overwhelmingly positive. The news was covered by many media outlets, with commenters praising Burke’s beauty. Many seemed happy to see a more relatable model who looks more like them. Some commenters over at The Huffington Post complained that she was being called plus size at all, again highlighting the current problem with the term.

“I’m a realistic model. I’m normal and have a full figure, and they can relate to that,” Burke said of the response so far. “I am a full size 14, and so I think that was the biggest thing straight away and to see me in swimwear, too.”

She has received emails from all different types of people and especially loves hearing from young women, because she knows the challenges girls face when they don’t look like the idealized norm they see in magazines and on TV.

Burke has sparked a passionate conversation about industry standards, especially on social media. The phrase-turned-hashtag #WearWhatYouLove plays a central role in the ad campaign. People are using it to share their stories and show themselves wearing outfits that go against established “fashion rules” for plus-size women. Burker said she’s never seen so much color.

“People of all different shapes and sizes are sharing. It’s kind of exciting to get on board with this,” she said. “The average women is probably sitting at home with a few kids and working and here they are posting pictures of themselves and getting feedback.”

Burke thinks social media can make a big impact on changing the conversation in the industry, because it’s consumers who are buying the clothes.

“On Twitter and everything else it’s a big step putting images of yourself out there for the world to see. You just need some of the right people to see it and take the right step in the right direction,” she said. 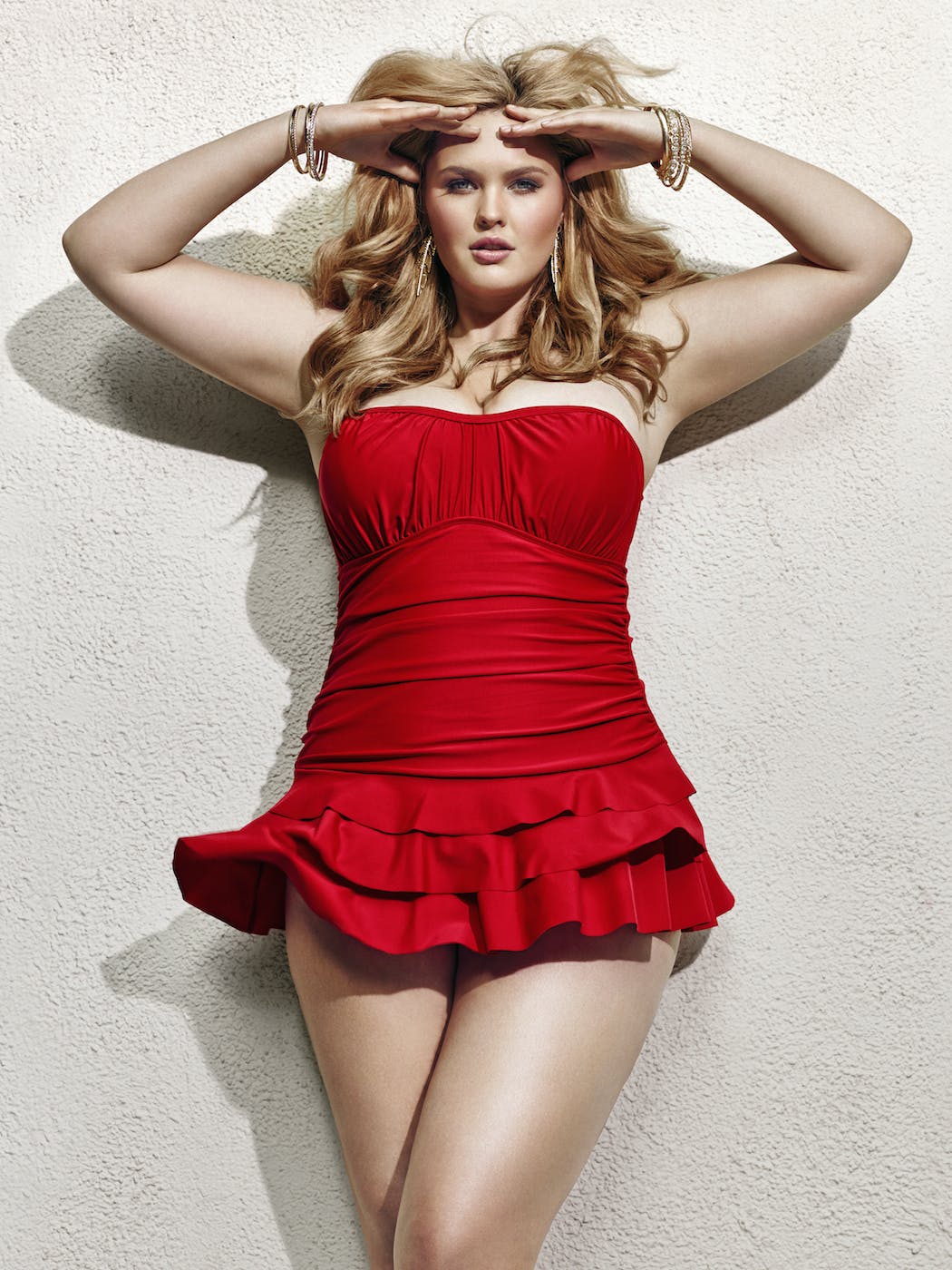 So can Burke and Torrid really help change the fashion industry’s standard of beauty for models and help get plus-size consumers more representation on the racks? Burke hopes so, though she thinks it might take a well-known-straight-size brand to lead the charge from what Torrid has started.

“People behind all the big brands need to realize the average-size woman is out there willing to shop, wants clothes, and to wear the best things,” Burke said. “It will take one brand to do it and then it’s going to roll from there.”