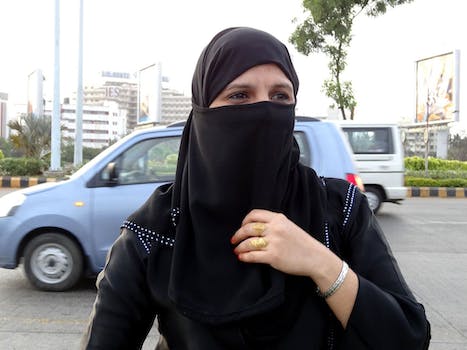 He proposed the controversial bill yesterday.

As hate crimes against Muslims have increased in the wake of the election, Rep. Jason Spencer (R-GA) introduced a bill yesterday that would make it illegal for Muslim women to wear a hijab, niqab, or burka in public. However, it seems he’s had a change of heart. Within 24 hours, he’s pulled the bill.

“After further consideration, I have decided to not pursue HB 3 in the upcoming 2017 legislative session due to the visceral reaction it has created,” Rep. Spencer told the Daily Dot. “While this bill does not contain language that specifically targets any group, I am mindful of the perception that it has created. My objective was to address radical elements that could pose a threat to public safety. However, further consideration dictates that other solutions will need to be considered.”

House Bill 3 was presented as a re-interpretation of Georgia’s 1951 anti-masking law, which was passed to prevent Ku Klux Klan members from committing anonymous crimes. Currently, the bill states that a person is guilty of a misdemeanor when “he wears a mask, hood, or device by which any portion of the face is so hidden,” but Spencer wanted to add “or she” to include Muslim women who wear scarves and other religious face coverings.

Edward Ahmed Mitchell, attorney and executive director of Council on American-Islamic Relations (CAIR) Georgia, spoke to the Daily Dot about the implications of bills like HB3.

“The bill is a bad solution to a non-existent problem,” he said. “Very few Georgia Muslim women, indeed very few Muslim women in the world, wear religious face coverings. But those who do have an absolute constitutional right to do so. They’re not endangering anyone, they’re not bothering anyone.”

According to the bill, Muslim women would’ve been unable to wear head coverings in public spaces including in their car on public roads. HB3 would’ve, however, granted head coverings for:

In other words, your appropriative Halloween costume would’ve been totally chill but an American Muslim woman’s First Amendment right to be able to practice her religion freely would not.

The bill was in direct opposition to a press release issued by (CAIR) released on Tuesday urging the nation’s leaders to unite and reject Islamaphobia in the wake of a surge of anti-Muslim hate crimes.

“In the wake of the election, many of us were concerned about the results and the spike in hate crimes we’ve seen, but incidents only strengthen our resolve to fight the good fight and to engage in outreach with our neighbors,” Mitchell said. “We may have a new president but we do not have a new constitution.”

Editor’s Note: This piece has been updated to reflect Rep. Spencer’s pulling of the bill.