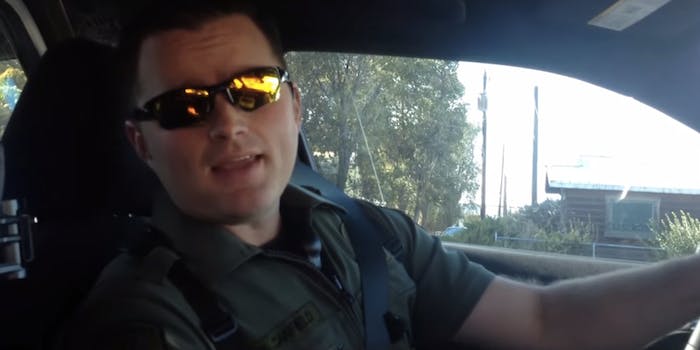 He got off with a warning.

Anyone who’s ever been pulled over for a minor traffic violation would probably love to turn the tables on the officer.

Gavin Seim, a self-proclaimed “constitutional activist,” actually did it.

After teasing it on Facebook, Seim has posted a YouTube video of himself “pulling over” an unmarked police car by flagging it down, then asking for the officer’s ID, checking him out, and sending him on his way. It’s a remarkably cordial interaction.

On his blog, Seim explained both the legality of his claim and argued that it’s far more than a stunt. “If you think it’s not a serious issue, try asking those that have been raped or lost loves ones because of unmarked cars,” he wrote.

And the lucky officer got off with just a warning this time.