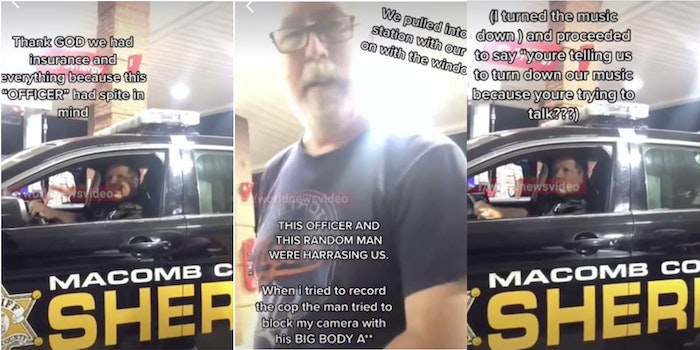 The man in the video is holding a folding step stool.

A video involving two women at a gas station, made uncomfortable by a male stranger and then a McComb County Sheriff police officer in a confrontation, has resurfaced via Reddit on Monday.