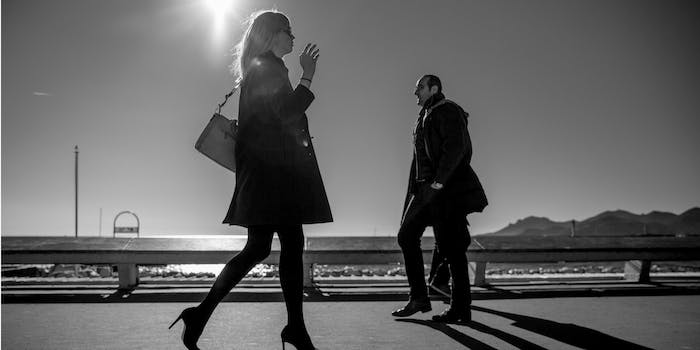 Catcalling, street harassment could finally be outlawed in France

Frenchmen can leave the aggressive street behavior at home.

Perpetrators of catcalling, wolf whistling, and other forms of street harassment could actually face punishment by fine in France, the Independent reported.

A working party of five parliament members launched by Marlène Schiappa, the French minister of gender equality, are working on the legislation intended to reduce the amount of street harassment women encounter.

“The idea is to characterize street harassment so that the police can impose fines on men who follow women on the streets, intimidate them and harass them in public space,” Schiappa said to local publications. “It is a cultural struggle to bring down the tacit consensus of acceptance of violence.”

While no specific fines have been established, Schiappa is already facing pushback from lawyers who say it would be difficult for such offenses to be reported and subsequently fined. Others feel regulating so-called “harassment” goes too far, to the point where Schiappa has had to clarify that “consensual flirting” will not be prosecuted.

One paper reported that lawyer Gilles-William Goldnadel said the move went to extremes to outlaw “heavy Latin chat-up lines” and that the cases would subsequently saturate courts with “feminist lawyers”—pushback that ultimately proves why France may need this kind of legislation for street harassment survivors to be protected and believed in the first place.