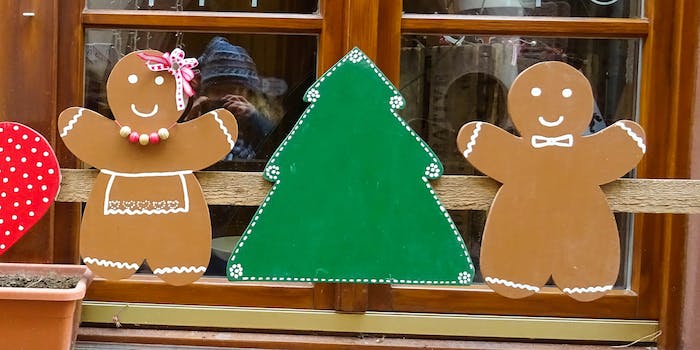 Fox News contributor Tammy Bruce gave the internet a good laugh on Tuesday when she insisted that gingerbread cookies are “obviously” men.

To a lot of folks on the internet, however, it was not so obvious, and Bruce’s grave certainty was hilarious. For starters, they’re not men… they’re cookies. Inanimate objects don’t have genders.

Not Men. Not People.

And oh my lord the tarts!! We all know *their* gender.

Because nothing says "male" like a vaguely human-like shape.

Here's the deal: if you think that the thing that defines a man is having a penis, and you get real mad about gender-neutral gingerbread people, you're saying that gingerbread men have penises. https://t.co/RyhfJZBi9P

People were also happy to point out the hypocrisy of people who complain about identity politics and “free speech” being so hung up on how we gender an actual cookie, while also refusing to respect the gender of trans people. On the other hand, some saw it as a purposeful way to frame themselves as victims while trying to enforce language that they see as correct.

Question: Who seems to be culturally offended here?

Who seems to be claiming victimhood to enforce language?

Who seems to be making a big deal about the words people use?

Who seems to be narrowing categories of expression rather than expanding it?https://t.co/jQO2LZpjwH

There’s always some new baffling thing in the discourse about trans issues and gender identity but the people who say “there is no separate thing that is gender, there’s just biological sex” turning around and saying “gingerbread people are men, dammit” is some next-level weird.

If you’re not the kind of person who thinks that we need to assign gender to our holiday desserts, Carlson and Bruce’s insistence that the slightly spicy holiday cookies are absolutely gendered might seem strange. If only to annoy them further, the best response may be to make gingerbread people representing the whole gender spectrum, and have a lovely time doing it.

My gingerbread people are gender fluid and have been and always will be they/them.

Tucker: We must fight spiritual neutering!

(I so want to send Tucker some gender queer non-binary gingerbread people.)

Time to get baking.