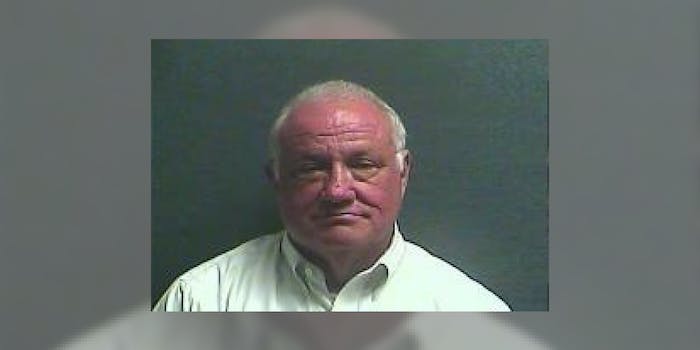 If convicted on all counts, Timothy Nolan could face more than 100 years in prison.

According to the Cincinnati Enquirer, Nolan, a former district judge in Northern Kentucky, was arrested in April on allegations of inducing a minor into illegal sexual activity and giving alcohol to the minor. The charges reportedly occurred in August, while the 70-year-old served as Trump’s Campbell County campaign chair.

Nolan was elected to the county school board in November, but resigned after being indicted earlier this month.

At Nolan’s arraignment on Wednesday, May 10, he pleaded not guilty. His attorney, Margo Grubbs, however, argued that the charges were part of a political conspiracy against him—a response to a separate lawsuit that Nolan filed against other Republicans in Campbell County. According to the defamation suit, filed in June, other county Republicans published a photo of a man wearing Ku Klux Klan robes on a website called GOPFacts.org and alleged the photo was Nolan, which he denies in the suit.

“I would call it a conspiracy,” Nolan’s lawyer said, according to the Enquirer. “You read the contents and find out. Go to the website and look at what they done to him.”

Nolan’s next hearing is on July 7. If convicted on all counts, he could face more than 100 years in prison.