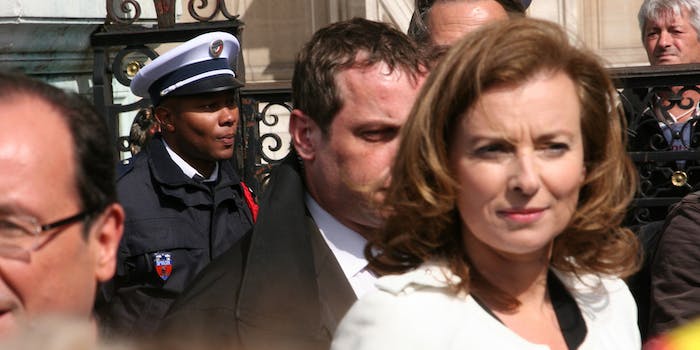 Have we got a job for you.

My name is Brad Burns, Vice President of adult entertainment website, YouPorn.com. On behalf of our company, I’d like to formally extend an offer for you to serve as our French Ambassador and Spokesperson.

Given your recent unfortunate personal circumstances, we envision a possibility whereby you may be visiting some of our website properties in the near future. Couple that with your past experiences as a journalist, we think you would be a perfect candidate to act as our French ambassador, a post where you would be responsible for generating content around European pornography habits and act as a spokesperson.

Frankly, we have always admired the more liberal European attitude towards sex and believe that you may allow us to open more eyes to the importance of what we do. Given your high-profile and journalistic experience, we are willing to offer you a one-year $500,000 (U.S.D.) contract.

If possible, I’d love to continue our discourse to discuss the terms of contract.

We appreciate your consideration, and are looking forward to hearing back from you soon.