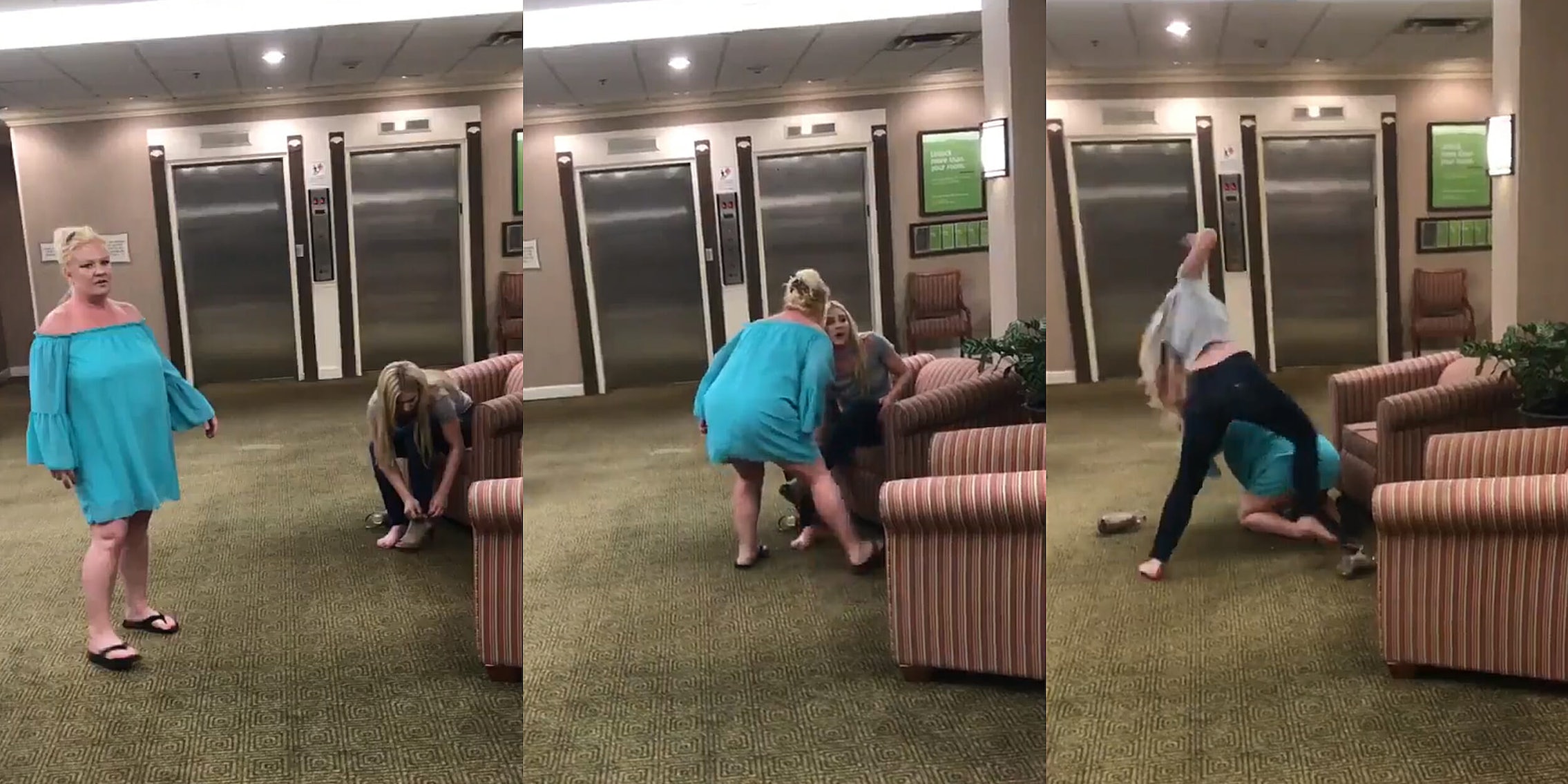 The video shows a woman in a blue dress provoking and hitting Colleen Dagg, who is being hailed online.

A Florida woman is receiving the internet’s praise for beating up a racist white woman in a fight that was recorded and posted to social media.

The video made the rounds on social media Wednesday. It shows a woman in a blue dress provoking and hitting Colleen Dagg, the woman who did the beating.

“Before the start of the video… the woman in the blue dress apparently said something racist about Haitians to [Dagg],” the Root reported.

Dagg explained in a tweet why she stood up against the racist white woman.

“This is a young country, built on racism,” Dagg wrote. “Black people have been disenfranchised for 250 years.”

She added that “peace and understanding” will only come after white people validate the country’s history of racism.

“Fighting racism is dependent upon me using my white privilege for the right reasons,” she wrote.

Twitter users are affectionately referring to Dagg as #BeckyKnuckles and praising her as a hero for (literally) fighting for the cause.

Watch the full video below.