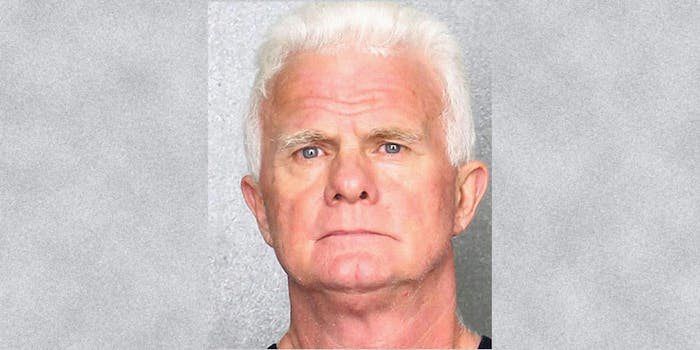 Not everyone is enthused to see the evidence.

Some men might embellish their penis size, but one guy in Florida is going so far as to say that his dick accidentally killed his girlfriend.

According to the Sun Sentinel, 65-year-old Richard Henry Patterson is on trial for the choking death of his girlfriend, 60-year-old Francisa Marquinez, in October 2015. Patterson admits he did it, but claims it happened accidentally during oral sex, and is seeking permission to show the jury his penis as evidence.

Patterson’s attorney, Ken Padowitz, insists the viewing of Patterson’s penis is integral for the jury to understand the defense, and has enlisted an expert witness to testify that Marquinez’s death “is consistent with being accidentally sexually asphyxiated during oral sex.”

“Although the object to be viewed is not a place but a part of the human anatomy, it is material and relevant, the view by the jury is essential for them to fully understand the Dr. Wright’s testimony and the defense in this case,” the New York Daily News quoted Padowitz.

He’s requested that Patterson’s penis be shown during a disrobing outside of public view, with the jury, judge, defendant, prosecutor, and defense counsel present. But, expectedly, not everyone’s so into the idea of seeing the defendant’s dick.

41-year-old Omar Andrade, Marquinez’s son, described his mother as kind, friendly, and independent. She and Patterson had only been dating for four months when she died.

“It’s a desperate man trying a desperate tactic,” Andrade said. “He’s just trying to get off the hook.”

Marquinez and Patterson didn’t live together but resided in the same apartment community. According to neighbors, Marquinez had attempted to cut off the relationship two days before she died. Patterson later told his daughter in a text message that he choked Marquinez, though Padowitz made the distinction that he didn’t say he strangled her.

Patterson is charged with second-degree murder, and jury selection is scheduled to start May 15.