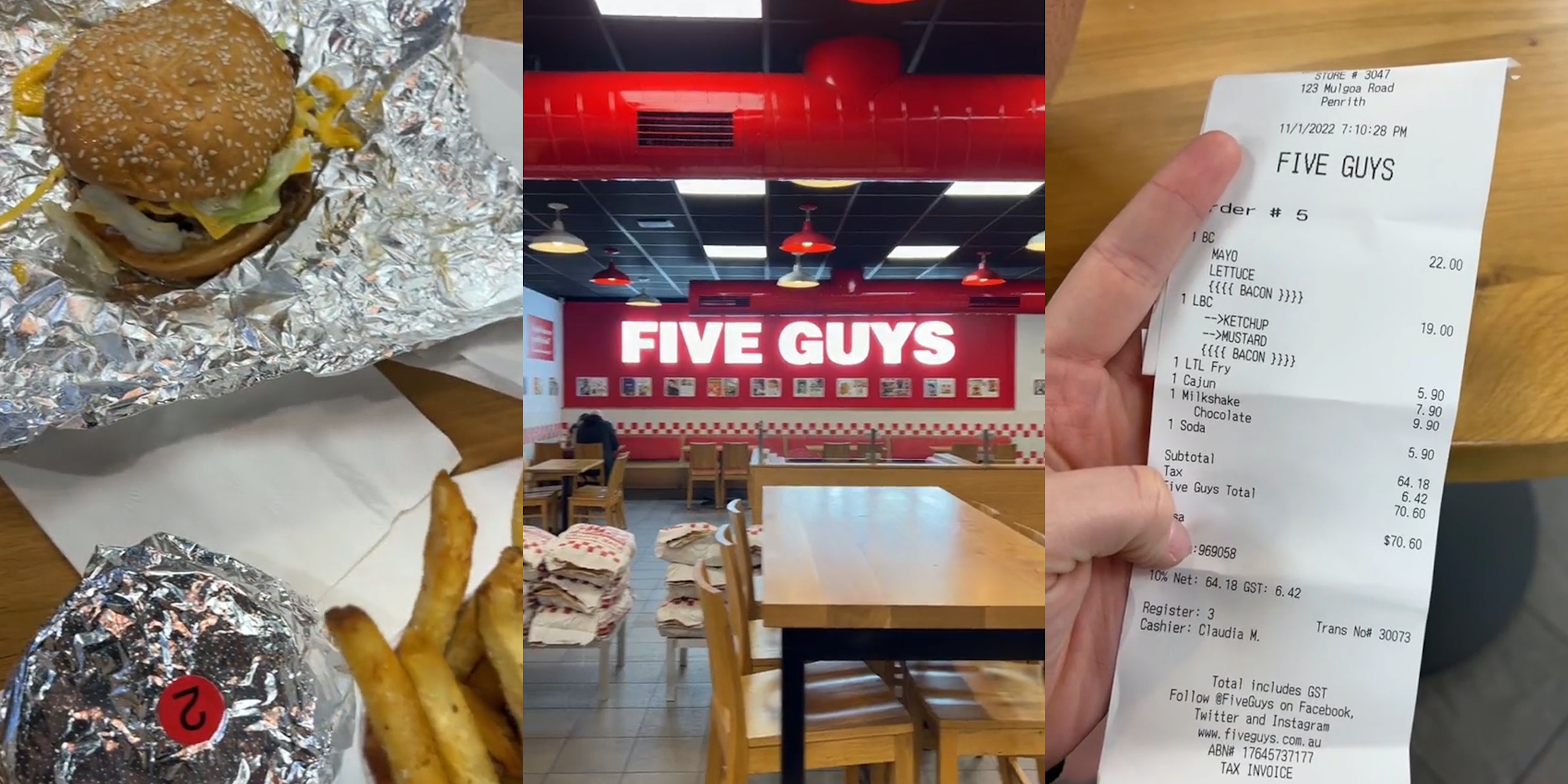 ‘I will never be going to Five Guys again’: Customer spends $70 for 2 meals at Five Guys

'Yeah, no more. Price is ridiculous.'

In a viral video, TikToker Danielle Stevens (@dani.stevens02) reviewed Five Guys and found something shocking: the prices. The video has over 639,100 views.

“I will never be going to Five Guys again,” she says in the video after ordering at a Penrith, Australia location. “So here’s my bad review of Five Guys.”

Stevens reveals she paid $70 for two meals that included two bacon burgers, fries, one milkshake, and a soda. At the end of the video, she claims she will not be going back.

Five Guys is an American fast-food chain that opened in 1986 and expanded to Australia in 2021. According to Australian news, ​​”the Sydney prices are a lot higher than in the US where the most deluxe burger costs roughly $12 in Australian dollars.”

The comments section quickly filled with viewers’ opinions on the fast food chain.

“Whataburger is much better and much cheaper,” one user said.

The Daily Dot reached out to both Stevens and Five Guys via email.