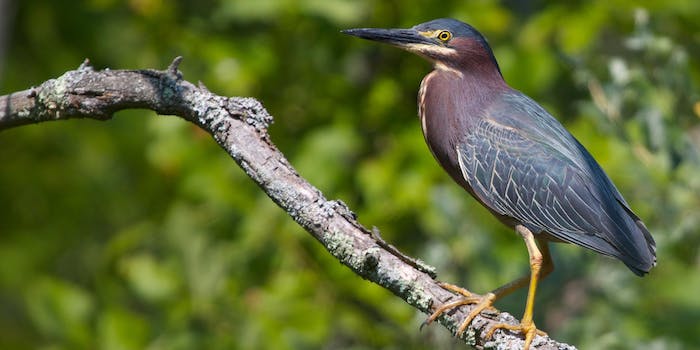 Bird that catches fish with bread is probably smarter than you

Most species of bird, given a piece of bread, will gobble it down without a second thought. But green herons have figured out how to parlay the stuff into a more filling meal.

In fact, bread is one of the many lures, including worms, twigs, and feathers, that they’ll use to attract unsuspecting fish. As the old adage goes: Give a bird a fish and you feed it for a day; film it cleverly catching its own and you’ve got a fascinating YouTube clip.

It’s just too bad, after all this craftiness and patience is rewarded, that he can’t mount his prize catch above a fireplace back home—his friends are never going to believe him.