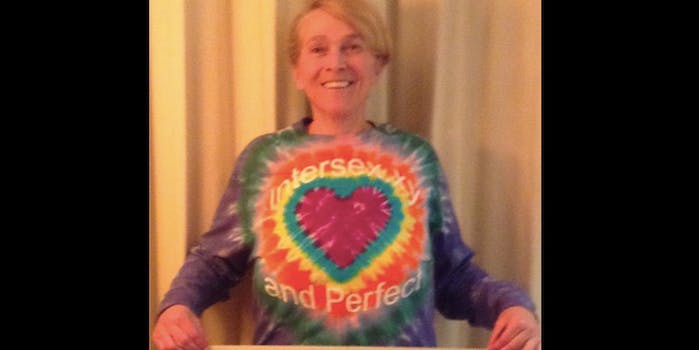 Sara Kelly Keenan has finally been granted her life wish. At 55 years-old, the New York City native has been given the very first intersex birth certificate in the country, documenting not only how she was born—with male genes, female genitalia, and mixed reproductive organs—but how she identifies.

Keenan’s overjoyed Facebook post reads, “I’ve never been more proud to be a native of the greatest city on Earth……..THE CITY…….New York City” while wearing a tie-dye shirt that says, “Intersexxy and Perfect.”

“Not all intersex people will choose to identify legally as intersex,” Keenan, who uses female pronouns, said to NBC Out. “And not all parents will choose to have their intersex child identified as intersex on birth documents. But for those who do, the option must exist.”

Keenan is one of many in a broader movement that focuses on establishing more legal gender options for intersex and non-binary people. Like Oregon’s Jamie Shupe, Keenan successfully changed her gender from “female” to “non-binary” in California before receiving her intersex birth certificate.