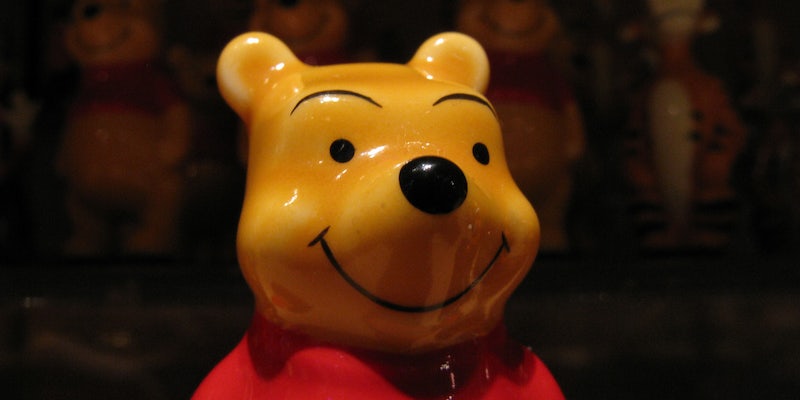 The girl tried to download an album on the Pirate Bay before her dad bought it for her legally. Authorities still raided the family's house and seized the computer.

A Finnish anti-piracy group, incensed that a man they accused of illegal file sharing didn’t want to make a settlement payment, convinced local police to raid his house.

There, officers grabbed the machine responsible: A nine-year-old’s Winnie the Pooh laptop.

The girl’s father, Aki Nylund, announced on Facebook that the episode started when his daughter tried to download an album by the Finnish pop star Chisu using the Pirate Bay. She couldn’t make her download work, so Nylund purchased the physical CD for her.

But the damage was done.

As is common practice for many content owners, TTVK, a Finnish group that represents the intellectual property interests of multiple companies, tracked the illegal download to Nylund’s Internet protocol (IP) address. This spring, they sent him a letter demanding €600 (U.S. $771) and asked him to sign a non-disclosure agreement. According to the digital advocacy group Electronic Frontier Finland (Effi, not formally associated with the U.S.-based Electronic Frontier Foundation), the girl had downloaded, but not shared, the files, though the TTVK letter specifically cited file sharing.

On Tuesday, Nylund said, police showed up at his door, cited the TTVK’s letter, and told him he should have paid, “to make things easier for everyone involved.” They then confiscated his daughter’s computer, which, according to Torrentfreak, is Winnie-the-Pooh themed.

“At that point, my jaw [hit the] floor, and I was not sure if I was awake or asleep,” Nylund wrote. “Does Finland have civilized rule of law?”

In a follow-up related post, Nylund said on Facebook that he didn’t hold Chisu responsible for the incident.

“We’re still big fans,” he wrote “and, personally, I appreciate and respect Chisu.”

“I think she is an own example […] of how your hard work can thrive in small Finland,” he added.