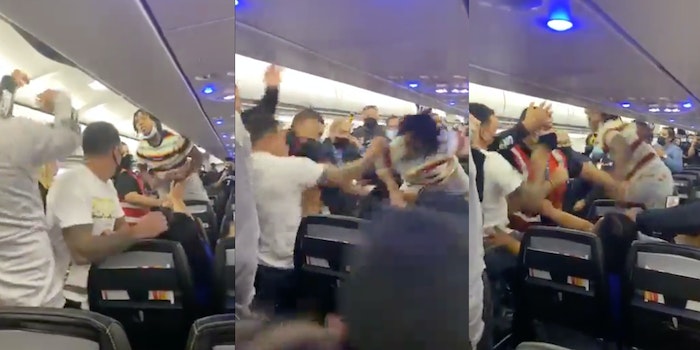 A fight onboard a Spirit Airlines flight on Monday was caught on camera after passengers became violent over the airline’s mask requirement.