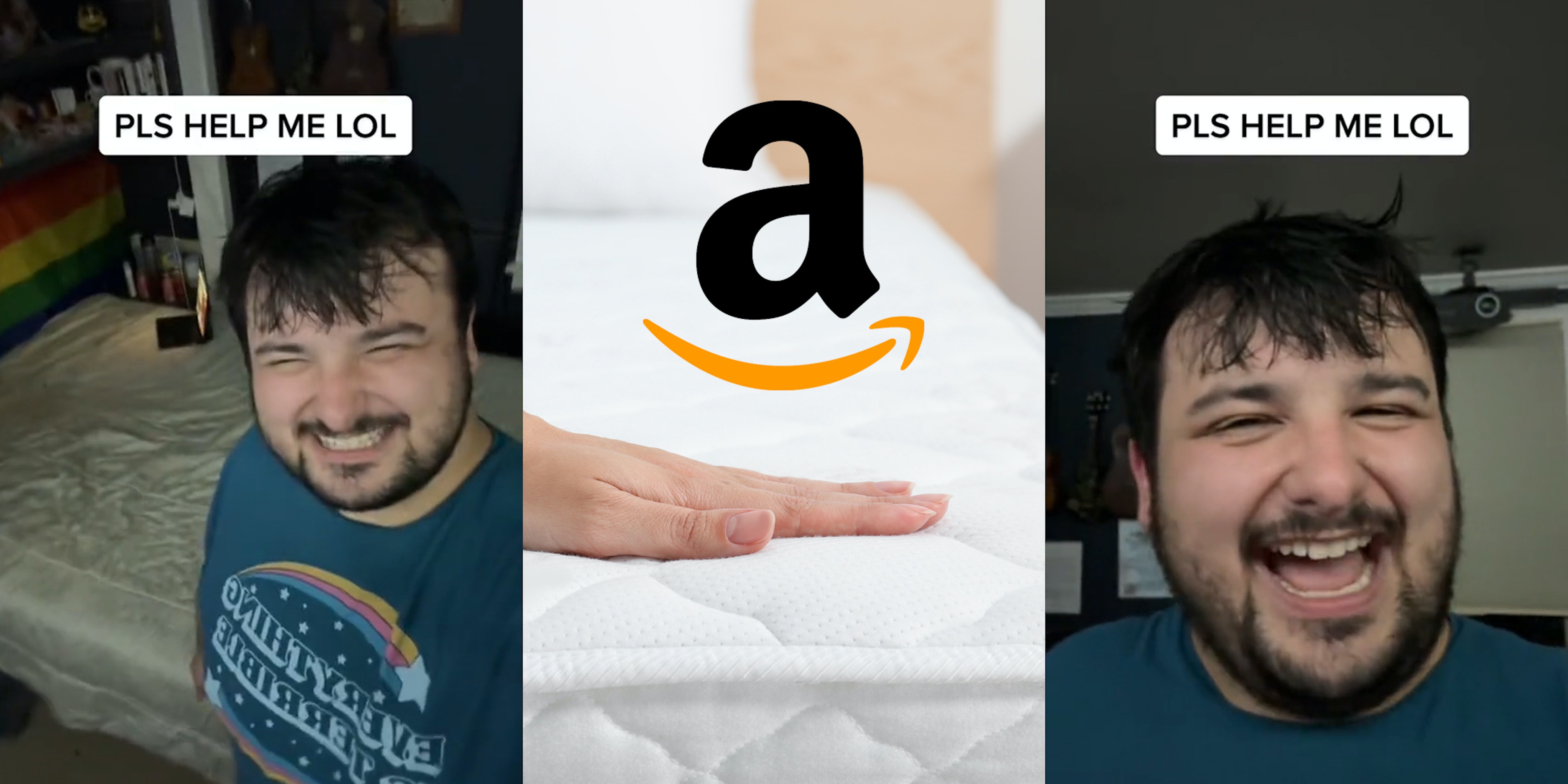 ‘I’m being cut open by the fiberglass’: Man says mattress he bought from Amazon was ‘made almost entirely out of fiberglass’

A user on TikTok has gone viral after alleging that the mattress he purchased from Amazon, a Classic Brands Cool Gel mattress, contains fiberglass. According to the user, this has resulted in discomfort and skin irritation.

“I just thought I had sensitive skin because I keep getting rashes,” says TikTok user Cody (@imcodyjacob). “I’m being cut open by the fiberglass!”

The video also reveals that fiberglass particles are now all over his room. He ends the video by begging the mattress company Casper to send him a free mattress.

On Amazon, where the mattress still has an average rating of 4.5 out of 5 stars, the presence of fiberglass is a common complaint among reviewers.

“My boyfriend and me got sick when we took the ripped cover off because the inner lining is made with fiberglass!!!” exclaimed one reviewer.

“Had to toss it out after 2 years of weird red rash on my back washed the cover only to find out the next morning the fiberglass fire retardant cover was coming apart and ended up walking up feeling like I rolled around in insulation,” alleged a second. “Has small slivers of fiberglass I could actually see and pull out of my skin.”

“I removed the protective cover it came with to wash it and the mattress then shined with what seemed like fiber glass!” stated a third. “All my blankets pillows and clothes I had on was completely covered in this itchy material.”

In the comments section, Cody reveals that removing the cover was the issue that seemed to cause the spread of fiberglass.

Cody is seemingly being hyperbolic when he claims that his mattress is made “almost entirely out of fiberglass.” Still, writing for Sleepopolis, author Riley Otis notes that finding fiberglass in mattresses is surprisingly common.

Furthermore, Otis says that if fiberglass is released into a room, getting it out is no easy task.

“Once the fiberglass is released, it can be impossible to get rid of without a professional. This means it can settle into every inch of your home and even find its way into the HVAC system,” explains Otis.

“Same here,” wrote one user. “We found that out a couple months ago and we are trying to save up.”

“Bestie, I’m a fiberglass victim too. I’m too broke to replace it though,” a second added.

“My mattress had a removable cover to wash it. And the one time I took it off my whole room, clothes and electronics where covered in fiberglass,” claimed another TikToker. “It took me months to get rid of it. Never again.”

Thankfully, this story seems to have a happy ending. Due to the virality of his video, Cody says that both Casper and Big Fig Mattress, which specializes in mattresses for plus-size people, have reached out to him to deliver a new mattress.

“I love my fans,” he concluded in a tweet.

The Daily Dot reached out to Classic Brands, Amazon, and Cody via email.

“It’s really important for consumers to understand what they’re purchasing; but, I also think the bigger issue is that something like this could happen in the first place. Of course, being an informed buyer is one thing, but to be subjected to being coated in fiberglass simply because I wanted to wash the removable cover of my mattress is unacceptable.”

Cody continues, “It’s a regretful situation and it’s really quite disturbing that we’re at this point in capitalism [where] corners being cut to save costs are absolutely at the expense of the buyer — physically and financially. Look into what you buy, the materials with which it’s created, and if you can, shop local! Keep the money invested in your community so you can all grow together in a safe and healthy way.”