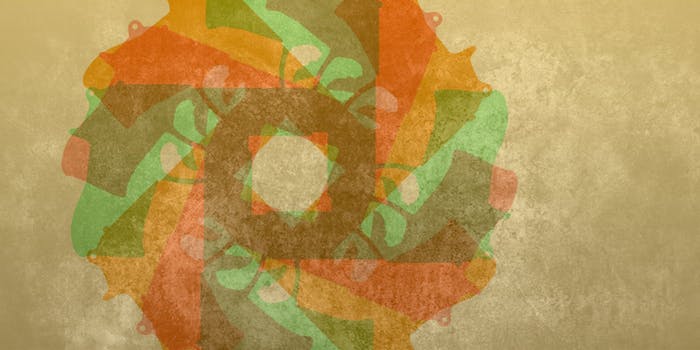 Hopefully it helps, but we aren't holding our breath.

The process began a month after the shooting death of Michael Brown, when Ferguson’s assistant police chief, Al Eickhoff, Googled “less lethal” in a search for something to prevent another outbreak of violence, according to the Washington Post.

The Ferguson Police Department’s new device, called “the Alternative,” is being described as “an airbag for bullets.” 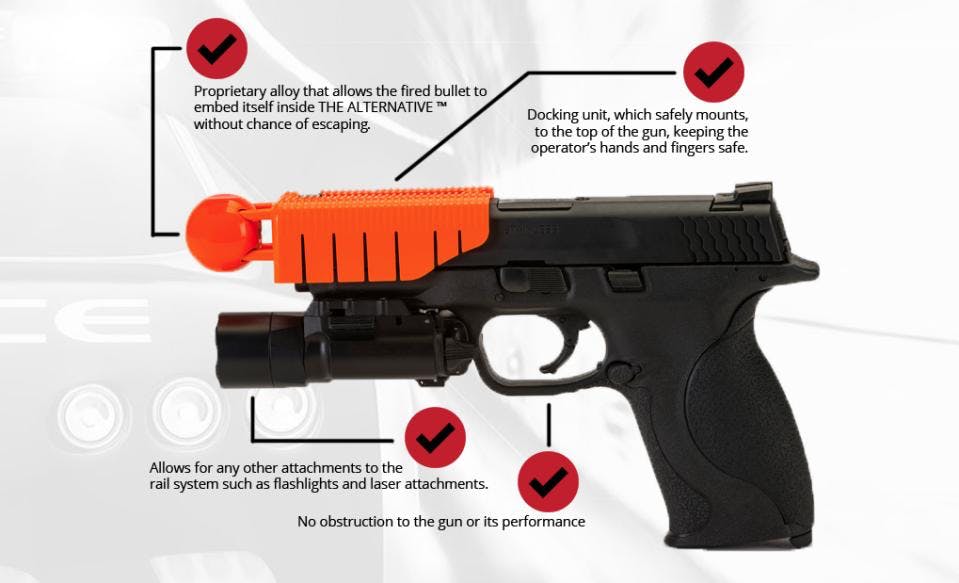 Here’s how it works: An orange attachment, kept in a pouch, is placed on the top and front of the gun. When a bullet is fired, the Alternative essentially catches the bullet and uses the force from the shot to propel a ping-pong-sized ball forward out of the gun at 250 feet per second. With the force spread, the new projectile delivers blunt-force trauma—it’ll knock you down—but is designed leave the target alive, even at close range.

After one shot, the Alternative is ejected and the gun returns to its normal, deadly self.

If tests are successful, the Post reports, the Alternative will be rolled out across the entire police force.

“It gives [us] another option,” Eickhoff told the Post. “I really liked it…You are always looking to save a life, not take a life.”

Already, critics are saying that a cop in a life-threatening situation shouldn’t have to waste time and lose focus searching for the Alternative in their pouch.

Then there’s the problem of the attachment’s reliability. “Less lethal” ammo can, in fact, be lethal. Rubber bullets have killed dozens of people.

Moreover, the less lethal nature of this ammo might make police feel more comfortable firing it into crowds of protesters, actually increasing serious and unjustified injuries due to excessive use of force. Over the last decade, police departments all over the U.S. have been sued for unjustified uses of “less lethal” weapons on protesters that, in many cases, caused serious medical consequences.