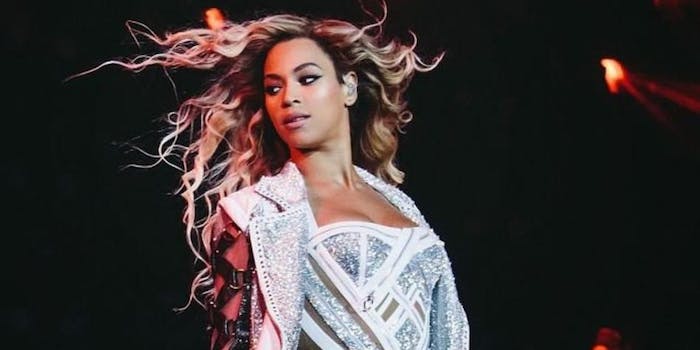 #FeministsAreUgly does not mean what you think it means

The creator of the hashtag that launched a thousand feminist duckface selfies explains the intentions behind it.

A hashtag called #FeministsAreUgly started trending on Twitter this week. Assuming that the hashtag was created in earnest, presumably by a misogynistic troll, many feminists on Twitter decided to tweet cute selfies proving him wrong:

Ha. What idiot started this hashtag? Lush to see so many beautiful ladies proving them wrong!!! ☺️💋 #FeministsAreUgly pic.twitter.com/MTgKpzNLNA

The #FeministsAreUgly tag started by misogynists has backfired coz now they have to look at all us ugly feminists :( pic.twitter.com/J5ZEmP7muv

Because this is Twitter, and because time on the Internet is a (very angry) flat circle, the backlash to #FeministsAreUgly then spawned its own backlash. Many feminists argued that by tweeting photos of themselves looking conventionally attractive, the women who’d reacted to #FeministsAreUgly had played right into the original troll’s hands. The cute selfies, they said, upheld the (decidedly un-feminist) idea that a woman’s worth amounts to little more than her physical appearance:

Taking over #FeministsAreUgly is great, but I also think we’re missing an opportunity to have a nuanced conversation about what “ugly” means

That #FeministsAreUgly even started is proof we need feminism. A person’s worth should never be boiled down to their physical appearance.

#FeministsAreUgly? How about #IDontGiveACrapIfYouLikeMyFaceOrNot. It’s mine. And it’s the face of a feminist.

The success of #feministsareugly in getting feminists to post pictures of themselves looking cute proves that negging works.

Ultimately, however, the backlash to #FeministsAreUgly was groundless, as was the subsequent backlash to the backlash. That’s because #FeministsAreUgly wasn’t started by a misogynistic troll looking to enrage feminists, or even neg them into tweeting cute selfies. It was started by Lily Boulourian and Christine Yang, two self-identified feminists who had totally different intentions for the hashtag when Boulourian tweeted it with the following selfie:

As two feminists of color, Yang and Boulourian didn’t the hashtag as a way to prove to misogynists that a woman can both self-identity as a feminist and still be considered attractive by male standards. In fact, they started it as a way to counteract those “absolutely silly and completely unattainable” standards, under which “every single woman is [considered] ugly, especially if you’re a woman of color,” Boulourian told the Daily Dot via email.

“I wanted to find a way to change the narrative on that and thought I could help inspire others to reclaim that narrative and define for ourselves what ‘beautiful’ or ‘ugly’ mean.”

After the hashtag started trending, Boulourian says she was shocked to see it being so roundly misinterpreted—not only by misogynists, who started “hurl[ing] the exact insults that we were poking fun at,” but also by feminists who accused #FeministsAreUgly of unwittingly perpetuating oppressive beauty standards.

“I was surprised at how many fellow feminists attacked us for somehow reinforcing sexism and how many piled on to the vicious attacks without even reading for context,” she says. “That was disappointing.”

Of course, if you look at the #FeministsAreUgly selfies, it’s hard to argue that most of them don’t, in fact, conform to what we think of as Western beauty standards. Most of the women are wearing makeup or pouting sexily, and some look virtually indistinguishable from a photo of a bikini model you’d see on some teenage boy’s Instagram.

The fact that these women are upholding these standards of beauty, while simultaneously holding up the badge of feminism, ironically run counter to one of the most basic tenets of the women’s rights movement itself: that women shouldn’t define themselves, or allow themselves to be defined by others, solely on the basis of their physical appearance.

Boulourian disputes the idea that the #FeministsAreUgly selfies are somehow anti-feminist, or at the very least unwittingly perpetuating the very feminine ideals that her hashtag purports to be fighting. “It’s completely off the mark to say that wearing makeup or looking extra cute in a selfie somehow reinforces sexism,” she writes. “Feminism is about choices. I respect and appreciate the people who choose to wear makeup and those who don’t. The problem isn’t that feminists like to look pretty sometimes. The problem is that white-centric patriarchal beauty standards make us feel ugly.”

To a certain extent, Boulourian has a point: Of course feminists “like to look pretty sometimes,” and it’s incredibly problematic to draw the line between “real” and “fake” feminists based on whether or not they like to wear mascara every once in a while. But it’s safe to say that if there is a “point” to feminism, it’s not to prove to men who hate you and consider you unfuckable that you are, in fact, fuckable. It’s to not care either way whether men find you fuckable or not, or at least not let your fuckability or lack thereof dictate every other aspect of your life.

Although Boulourian and Yang intended to prove this with their hashtag, it’s a testament to the echo chamber-y nature of social media that many people saw #FeministsAreUgly and gleaned the exact opposite message. But if there’s anything Boulourian has learned from the controversy surrounding the hashtag, it’s not how quickly some people misinterpreted it, or how little control activists actually have over their own message on social media. It’s “how clueless some white feminists are to how powerful it is for women of color to embrace their outward appearance,” she says. “That’s concerning but I’ll continue to fight.”