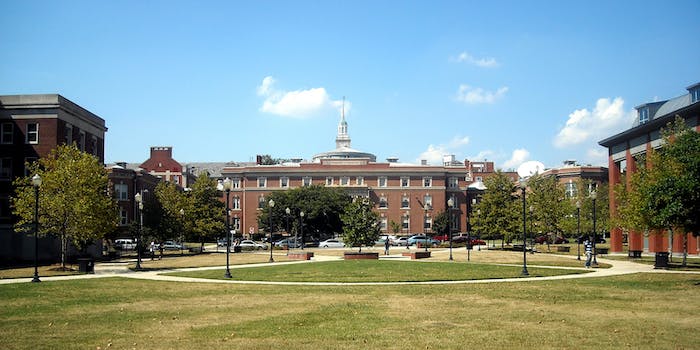 'After all, it's not murder if they're black.'

The 26-year-old white male allegedly posted the threats after witnessing the anti-racism protests at the University of Missouri that led to the resignation of the school’s president in 2015, according to the Washington Post.

“Any n—–s left at Howard University after 10 tomorrow will be the first to go,” Rust wrote in the 4Chan post.  “And any of those cheapskate n—–s who try to get out using the metro will regret that choice real fast. Sure, the po po will take me down, but I’ll go out a hero knowing I made the world better.”

According to the cases’ affidavit, the FBI tracked the IP address from the post to a Panera in Northern Virginia. From there, the investigators saw that both Rust’s computer and cellphone had been connected to the restaurant’s Wi-Fi at the time of the posting.

Investigators then obtained Rust’s laptop and found drafts of the post saved to his computer. On his cellphone, they found texts sent that referenced the Reddit post.

In his 4Chan post, Rust specifically states that the students at Howard University—a historically black college—deserved to die because of the color of their skin.

Although all evidence was collected and analyzed in 2015, according to the affidavit, the report was not filed until Oct. 3. The FBI has not yet revealed why it took two years to charge Rust.

Rust has been charged with transmission in interstate commerce of a communication containing threats to injure the person of another, according to a statement released by Howard University. He could face up to five years in prison if convicted.

He is scheduled to appear in federal court in Alexandria, Virginia, on Thursday.