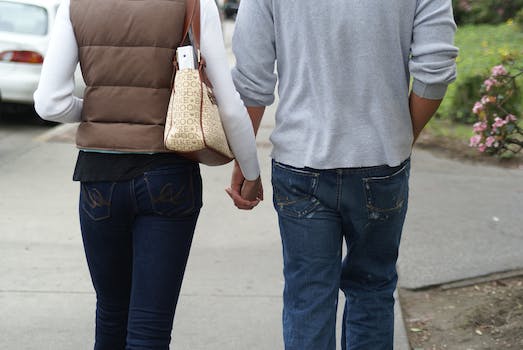 You have to read this one for yourself.

After being estranged from her birth father for 12 years, a young woman from the Great Lakes region friended him on Facebook and began a two-year sexual relationship with him. She spoke with New York magazine’s Science of Us blog about what it’s like to have a romantic relationship with her dad, and how it felt to lose her virginity to the man who conceived her.

The teenager, who chose to remain anonymous for obvious reasons, was conceived on prom night when her parents were 18. Though her dad continued dating her mom while she was pregnant, he left her before she was born. He entered the scene again when his daughter was 5 years old. He disappeared again shortly afterward.

“I didn’t regret it at all. I was happy for once in my life. We fell deeply in love.”

When the daughter was 17, however, her dad came back into her life for good. They began talking and discovered they had more in common than they thought. “We shared the same favorite TV shows—The Simpsons and The Big Bang Theory—and we both love to draw,” she told New York.

After catching up online, the two decided to reconnect in person. That’s when things got complicated. Upon seeing her father for the first time in 12 years, she found herself instantly attracted to him:

It was so weird and confusing. I was seeing my dad for the first time in forever but it was also like, He’s so good-looking! And then I was like, What the hell are you thinking? What is wrong with you? I saw him as my dad but then also part of me was like, I’m meeting this guy who I have been talking to over the internet and really connecting with and I find him attractive.

Their relationship quickly intensified, and after staying with him for five straight days, she realized the two had sexual chemistry. When the two returned from a shopping trip where he had been complimenting her figure, things got physical.

That night we were play-wrestling in the room I was going to sleep in and I bit him. He was wearing a pair of basketball shorts and a tank top and after I bit him I could see goose bumps pop up from his toes to his shoulders. Then he pinched my inner thigh and I got goose bumps.

We stopped and said that we didn’t know what was going on but admitted that we had strong feelings for each other. We discussed whether it was wrong and then we kissed. And then we made out, and then we made love for the first time. That was when I lost my virginity.

The girl insists that her first time with her dad wasn’t weird or uncomfortable at all. In fact, she says, basically the only thing she was concerned about was that he wouldn’t call her back in the morning:

I told him I was saving myself for someone who I’d be committed to for the rest of my life. It was important for me to make it clear that if I made love to him he was in a relationship with me. I didn’t regret it at all. I was happy for once in my life. We fell deeply in love.

However repulsive this story might sound, it’s actually not that uncommon for blood relatives to begin a sexual relationship after meeting as adults. The phenomenon is called Genetic Sexual Attraction, or “GSA” for short, and it’s common among close relatives like siblings, or parents and children, who meet for the first time as adults.

Incest has been a hot topic this week in particular: Jake and Maggie Gyllenhaal’s appearance at the Golden Globes spurred a discussion of brother-sister relationships. But “consensual incest between fathers and their daughters remains the least reported and perhaps the most taboo sort of GSA relationship,” writes Alexa Tsoulis-Reay.

The father and daughter are currently engaged and planning a wedding “to represent our uniqueness.” (The color scheme is “purple and black,” in case you were wondering.) Her paternal grandfather will give her away in lieu of her father—who, just as a reminder, is the groom—and “tables will have bouquets of trees without leaves to represent our marriage, which will be like a growing tree.”

After the woman finishes her degree in cosmetology, the two will move to New Jersey where they “can be safe under the law, since adult incest isn’t illegal there.” From there, they plan on telling the family about their relationship, including her mother/her new husband’s ex-wife. (She says they’ve been sleeping together for two years, and they haven’t told their family about it yet.) Kids are even in the future for the two. They plan to conceive traditionally instead of adopting, despite the risk of having a child with genetic problems.

I wouldn’t risk having a kid if I thought it would be harmful. I’ve done my research. Everybody thinks that kids born in incestuous relationships will definitely have genetic problems, but that’s not true. That happens when there’s years of inbreeding, like with the royal family. Incest has been around as long as humans have. Everybody just needs to deal with it as long as nobody is getting hurt or getting pressured or forced.

But despite the stigma around their relationship, the woman insists that her father-husband truly makes her happy. “We are two adults who brought each other out of dark places,” she told Science of Us.

But even if their love is real and true, they might have a hard time convincing the Internet, which isn’t too thrilled about the article:

As far as I'm concerned the least surprising thing about this incest interview is that it's legal in New Jersey https://t.co/NfH8fw1szG