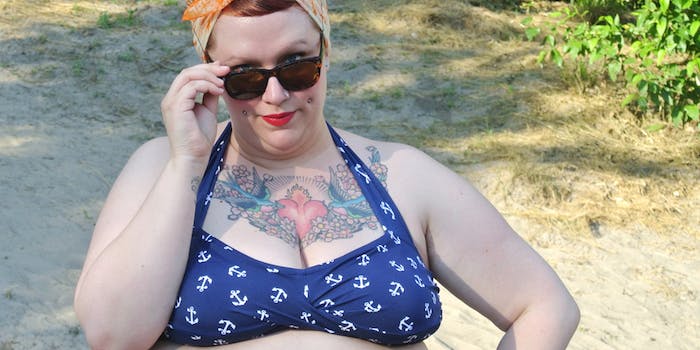 What happens when a weight-loss site steals your bikini photos

Rachele Cateyes was proud enough to share her body with the Internet. In return, she had her photos stolen and used in a weight loss ad.

Loving your body is never easy, especially on the Internet, where superficial judgments are dished out like candy. For women of size, every selfie is an act of empowerment.

Or so Fatshion blogger Rachele Cateyes thought until a diet company stole her bikini photo and used it in a weight loss promotion on Facebook.

The blogger did a whole photoshoot based around the cute “fatkini” look in July of last year, along with a message of self-love:

Wearing a bikini as a fat woman is an act of rebellion. I felt glorious and glamorous all at the same time. I wore my stretch marks as ribbons of honor and let the sun kiss my lumpy thighs and arms without a care in the world. 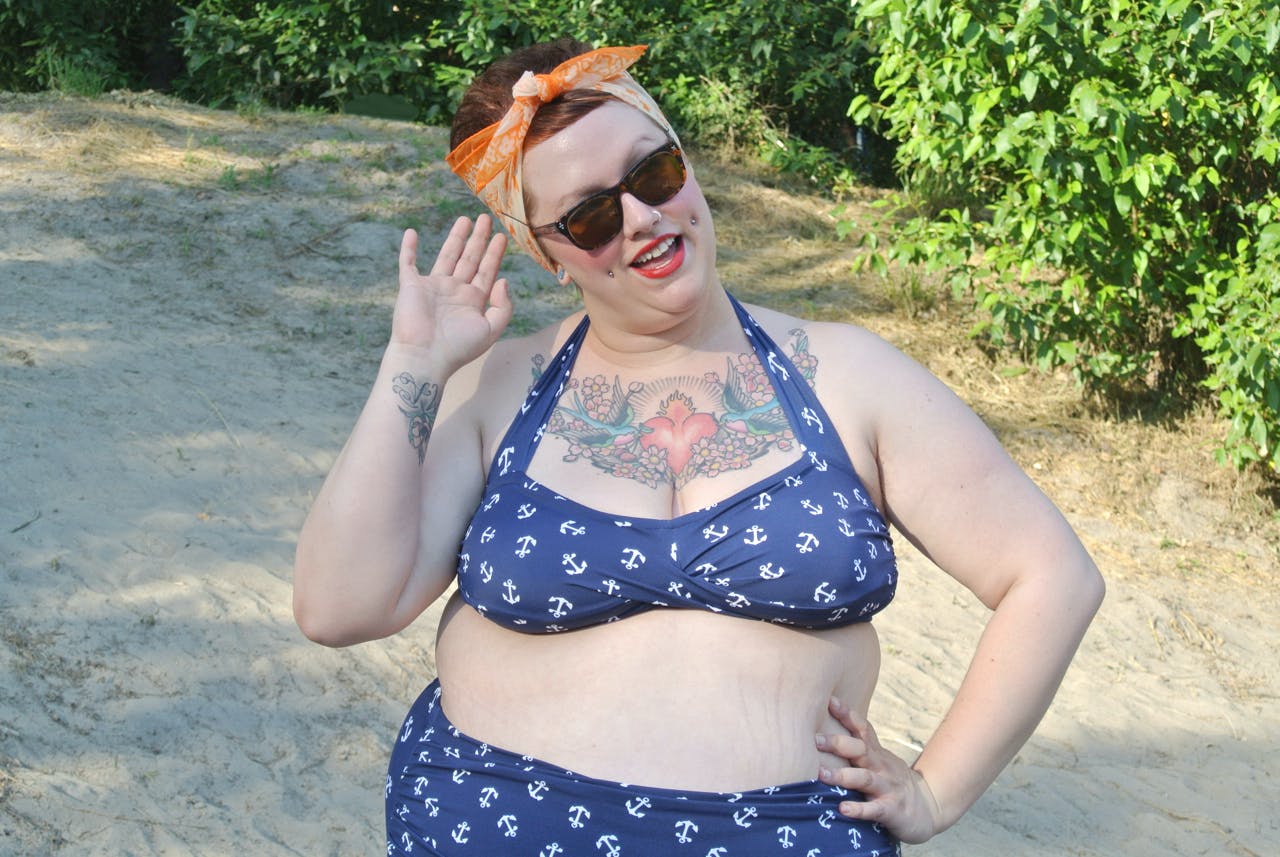 But earlier this month, Rachele realized that one of the photos from that shoot was showing up on the Facebook page for the diet company Venus Factor. “They used my over the sunglasses expression to say, “Hey, don’t be a fat fuck like me!” which was really supposed to say, “I am a fat confident lady that feels awesome in this bikini,” she wrote on her blog, after a coworker told her they’d seen her on the page. 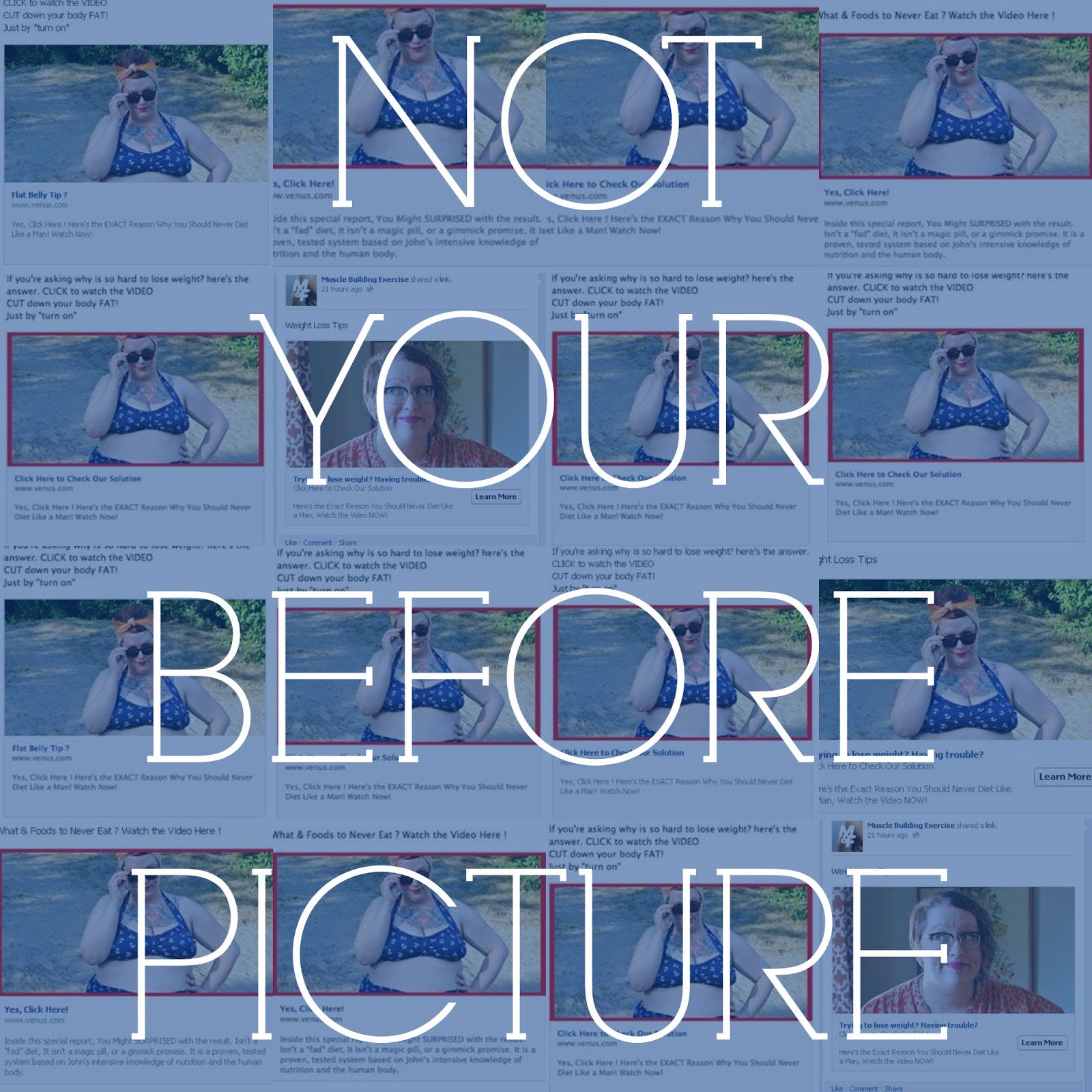 “It made me feel exposed and not in control of my own image,” Cateyes told Yahoo Shine. “I’m used to negative attention [online], but for somebody to make money off of me? That really infuriated me.”

Though the company appears to have removed Cateyes’ photos from its Facebook site, Venus Factor has plenty of other instances of fat-shaming posts remaining.

And don’t trust the before/after photos, either: Last year another blogger discovered a diet website had stolen her time-lapse photos from over a year of dieting and compressed them into an ad for 30-day weight loss.

Looks like your best bet to a body you love is to avoid visiting dieting websites.

And watermark your fat pride and weight loss photos before you put them on the Internet.