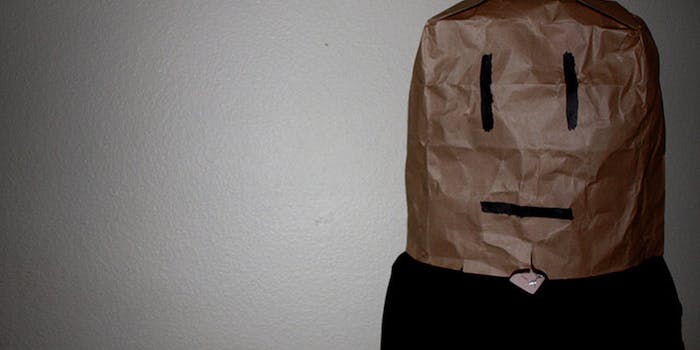 The case for anonymity in fandom

One of the most notorious fandom communities on LiveJournal, fail_fandomanon began two years ago after its creator recognized the need for a community where fans could talk about fandom wank without the pressure to be politically correct—”wank” being universal fandom shorthand for “ridiculous amounts of drama.” And there’s definitely no shortage of it at FFA.

Sunnycamehome2u, a sockpuppet account for the community’s maintainer and head moderator, made the first post on July 4, 2010. At that time, fandom was embroiled in wank over VividCon, a small fan conference that was debating whether or not to allow babies in con spaces where adult themes were prevalent.

“A group of friends and I had been discussing the wank via email,” Sunnycamehome2u told the Dot.

“Much of the discussion was about how if it was five years ago, this would have all gone to [the communities] Fandom Wank or Meta Fandom for commentary. Both venues were essentially defunct. I had visited spnpermanon, an anon meme for Supernatural fans, a week or two earlier. Add in the fact that I had about a half a bottle of red wine, and an anon meme was born.”

Meme culture is a significant part of journal-based fandom, but the word “meme” doesn’t quite have the same meaning that it does in other places around the Internet. Memes in journals take the form of communities where the sole point is to create places for commenting. The repetition you find in other Internet “memes” is extrapolated here to mean people commenting over and over again, generating endless threads and content.

There are two primary forms of memes in fandom: kink memes and anon memes. Kink memes are where fans can post fic prompts in the hope that someone will come along and reply to them with a story. Most kink memes don’t require you to be anonymous, but they do empower you to be if you don’t want to sign your name to a particularly scandalous story request.

On LiveJournal and Dreamwidth memes, all the action takes place in comments. Often, the communities encourage anonymity on the part of users, and the etiquette of memes, especially of anon memes, is that you never, ever post logged in. Where other parts of the Internet prize “owning” your opinion by attaching it to your real name, the anon memes strive to preserve the honesty and integrity of the discussion. Anon memes are places where anyone can have a voice, even if they would be ignored or overlooked in other parts of fandom.

Today, FFA is known as a place where community members, or “gentlefailers,” can be honest, a place where common sense and logic take precedence over extreme political posturing in the name of social justice. Fans considered notorious for their extremity may earn a place on the community wiki, where gentlefailers document their own inside jokes and well-known meme happenings for posterity.

Fans who don’t like wank and drama generally claim to avoid anon memes, and FFA is no exception. At times, however, anon memes have proven valuable spaces for fans to talk about wider problems within their communities that they don’t feel comfortable voicing anywhere else. The Daily Dot asked Sunnycamehome2u, still FFA’s head moderator, to talk about how FFA fits into the social evolution of fandom—and how often she spends regretting that first bottle of wine.

Daily Dot: Could you explain the purpose of an anon meme for people who’ve never heard of it?

An anon meme is a community where most contributors post and comment anonymously. 4Chan and /b/ are essentially giant anon memes. A fandom anon meme provides a place to talk without public identification. Sometimes this is for sensitive issues like racism, gender, trans* issues, and cultural appropriation. Other times it is to avoid being identified as the individual with a fetish for stories where Lex Luther has sex with a velociraptor.

I think that the anon meme owes more to Google and Facebook than to other sources. Google makes it possible to hunt down any stupid thing that anyone has ever said. And the rise of Facebook has brought forward a million examples of that happening. Throw in the after effects of Racefail 09, and the increasing prominence of fandom and fan culture, and you have a powerful incentive for increasing anonymity of sensitive conversation. 4chan has shown that a large anon forum can work, be social, and build a community.

DD: What procedures as mods do you have in place to protect privacy of memes and people the meme talks about?

The general mod theory of Fail Fandom Anon is “don’t be that much of an asshole.” We are 100 percent opposed to outing, and we created specific guidelines regarding locked content. The meme is also self-policing: The anons will point out potential privacy issues to the mods, as we are not always aware of the source of discussion. If the mods spot personal information, we screen first and ask questions later.  The goal is to ALWAYS error on the side of privacy.

DD: Do you ever have moments when you feel you have to protect the meme from itself?

All the time! Fail Fandom Anon is, was, and always will be a “choose not to warn” experience. Every so often someone starts to suggest that a set of trigger or content warnings be developed, and this idea is brutally killed by the mods. We also refuse to stop people from replying to themselves. As long as the comments are within the rules, a person is welcome to pretend to be all four individuals in the conversation, if that is what keeps them happy.

On occasion, threads will be frozen when “wank senses are tingling.” If you mod long enough you get a good sense for when a discussion is about to take the nuclear option. “Picky Eaters” seems like a neutral topic, but it can flip to a flame war in seconds.

DD: Anon memes allow fans a space to speak back to people in power. Do you have examples of times when you felt FFA successfully raised issues that were being ignored elsewhere in the community?

The anons at FFA have raised the profile of issues that were percolating elsewhere. One of the major recurring issues is coverage of the organizations that make up the infrastructure of fandom: LiveLournal, Dreamwidth, Tumblr, Delicious, Pinboard, conventions such as Wiscon and  Worldcon, and finally the Organization of Transformative Works (OTW). The OTW elections were suddenly very contentious last year, and much of the discussion was focused at FFA.

FFA also does a good job of expanding the conversation when the issue is one of a fan behaving badly. There was a great deal of conversation regarding rape allegations against a fairly prominent social justice blogger, a situation involving financial shenanigans with a group working on a social justice-themed video game, and a whole series of conversations involving a fic writer/known scammer who was witness to a triple homicide and continued with less than truthful ways. Issues that involve real people and fandom-related organizations often don’t have other places for discussion. Fandom related issues, something with Sherlock or Doctor Who or Supernatural, tend to have their own fandom specific anon memes.

DD: How do anon memes fit into the ongoing fandom diaspora? Do you see them dying out as Tumblr becomes more of a central platform, or do you think they’ll remain significant?

To me, FFA fills the ecological niche previously offered by Fandom Wank and Meta Fandom, with an additional layer of post-Racefail 09 social discussion. We are also one of the most international of the western media fandom communities. FA is currently on LiveJournal, but the platform is irrelevant.

I think demographics dictate an ongoing diaspora. How do you define fandom? I remember picking up my first ‘zine in the early ‘90s, something that felt like being let in on a secret clandestine world. This week the producers of Teen Wolf are running an official fanfic contest, while the actors and writers of the show are providing the kind of fanservice that would have resulted in an apoplectic stroke. If we could have downloaded it on our 14.4k modems.

Print sci-fi fandom is always having panels on the “death of fandom” when there is no death of fandom. It just moved next door. I think the biggest difference is that we are now unable to ignore the existence of other fandoms. Age is also an issue. Tumblr skews very young. I am over 30, and while I’ve mastered Usenet and forums and LiveJournal, I haven’t been able to figure out what those Tumblr kids are doing over there on my lawn.

DD: Does FFA embody larger fandom culture, or do you feel like it generates its own specific culture? Or both?

I think the biggest issue is how you define “larger fandom culture.” I’m personally involved in the fanfic side of Western media fandom and in print science-fiction fandom. The two frequently clash like tectonic plates, leading to great drama when the identity and social norms of one are applied to the other. See Racefail.

FFA has developed its own fandom culture, helped by the fact that roughly half of the anons are from outside North America. We are known for being painfully sincere, frequently earnest, and absolutely everywhere. Also, most of us would like a pony.