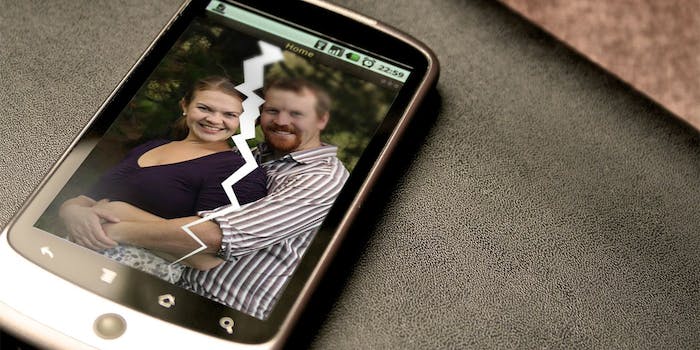 164,000 people are rooting for this homophobic Australian couple to get divorced

This is one love story that we're cool with not ending happily ever after.

When Australian couple Nick and Sarah Jensen stated in the Canberra City News that they would be forced to divorce if the Australian parliament voted to legalize same-sex marriage on a federal level, they turned into an international news spectacle.

“Our view is that marriage is a fundamental order of creation. Part of God’s human history. Marriage is the union of a man and a woman before a community in the sight of God…But if this is no longer the case, then we no longer wish to be associated with this new definition. Marriage is sacred and what is truly ‘marriage’ will only ever be what it has always been,” Jensen wrote.

Most people were outraged by the Jensens’ op-ed, which quickly went viral. But the best responses to the Jensens’ anti-marriage equality protest can be found on a single Facebook event page. 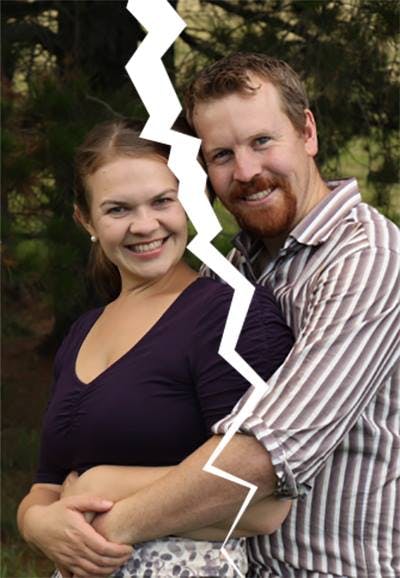 On the page “Celebrating Nick and Sarah Jensen’s Divorce,” more than 164,000 people have signed up so far to attend the upcoming “event.” Most of the posts on the page are messages to the Jensens from devoted same-sex couples that have been together for years, as well as from straight couples showing their support for marriage equality. 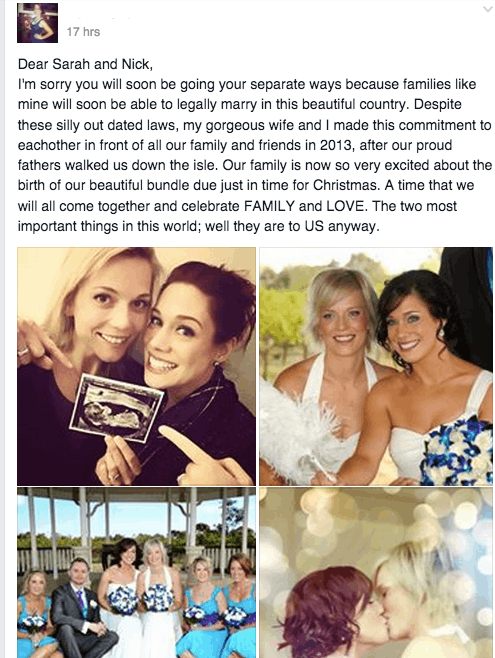 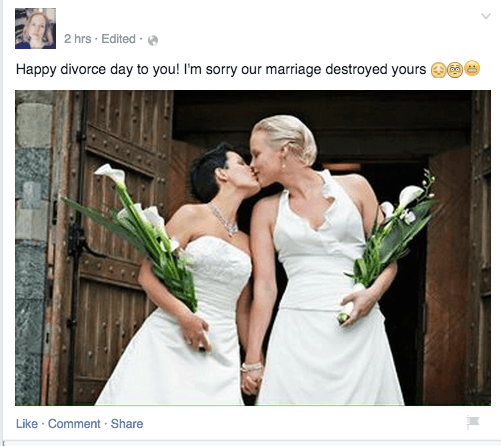 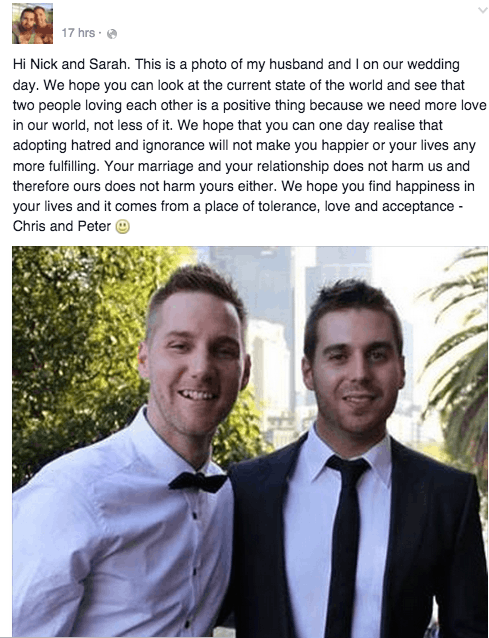 One Billingham, UK-based woman posted a wedding photo of two lovely brides in white dresses laughing over a shared bouquet of roses. “After 20 years of being together we got married in 2014. How many straight marriages last that long. Rest my case,” she wrote.

But the funniest posts are from those who employed biting sarcasm to mock the Jensen couple’s outdated beliefs. 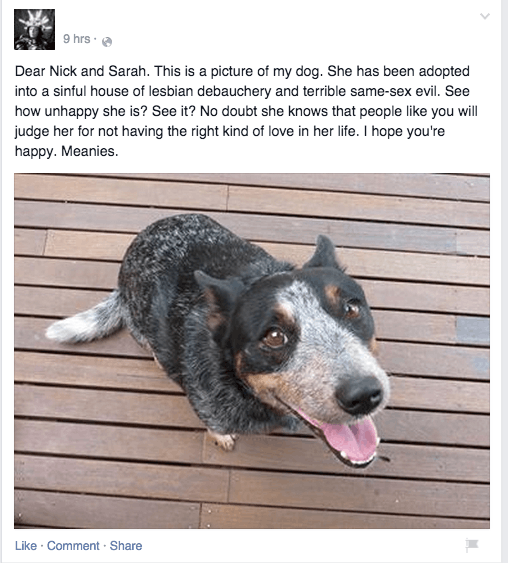 Facebook users aren’t the only ones speaking out against the Jensens. One friend of the couple turned to Australia’s News.com last week to formally un-invite them from attending her wedding—even though she’d already sent the invitation in the mail.

Another cheeky Internet denizen has also made Jensen a Grindr profile to help him, er, get off on the right foot once he’s single.