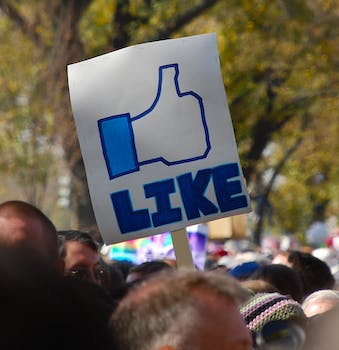 What you choose to "Like" on Facebook will soon be used in advertiments that will appear in your friends' news feeds.

Facebook says it will implement Sponsored Stories into your news feed early next year—even though a judge last week refused to dismiss a lawsuit against the company over that very same practice.

First introduced in January, a sponsored story occurs when Facebook creates personalized ads to show users based on products that friends “Like.” For instance, if a user’s friend Jerry clicks “Like” on Chipotle’s Facebook page, the company can later post a reminder of that fact on the right side of the user’s screen.

A Facebook representative told the Daily Dot that users will soon start seeing such reminders in their news feed about once a day.

The legality of Sponsored Stories is heavily in question, though.

This June, a group of Facebook users in California brought a class action lawsuit against the social network, alleging it used their likenesses in paid advertisements without their consent. Facebook moved to dismiss the suit, but a judge ordered Friday to refuse most of the dismissal.

The charges in the suit are common complaints for Facebook users. According to the court order, plaintiff Angel Fraley says she clicked “Like” on Rosetta Stone’s Facebook page “in order to see a free software demonstration.”

“Subsequently,” the order says, “her Facebook user name and profile picture, which bears her likeness, appeared on her Friends’ Facebook pages in a ‘Sponsored Story’ advertisement consisting of the Rosetta Stone logo and the sentence, ‘Angel Frolicker likes Rosetta Stone.’”

Other plaintiffs say they clicked “Like” not as endorsements but “to receive discounts on products, [to] support social causes, or to see a humorous image,” the order says.“They were unaware at the time they clicked those ‘Like’ buttons that their actions would be interpreted and publicized by Facebook as an endorsement of those advertisers, products, services, or brands.”

The order also quotes Facebook CEO Mark Zuckerberg as previously saying “[n]othing influences people more than a recommendation from a trusted friend” and “[a] trusted referral is the Holy Grail of advertising.”

While Facebook requested to have the suit dismissed outright, the judge ruled to only dismiss its claim of “unjust enrichment.”

The Facebook representative declined to comment on the case, except to say the company believes it’s without merit.